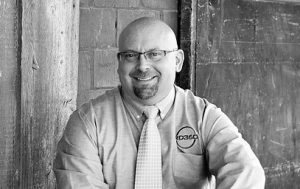 Kevin Curtis is a firm believer that there is one thing that separates good educators from great educators, a “secret sauce” so to speak.

“It’s relationships,” said Curtis, a former football coach and assistant principal, who is now the Founder and Lead Trainer at Texas Educators for Restorative Practices, who also coordinates trainings on the matter with the Texas Agency for Education and the University of Texas.

“If you think about it, there are two pieces to education that are interconnected. The first part is subject matter in the classroom. We have differentiation in teaching strategies in our abilities to meet students where they are from a [subject] learning perspective. We’re made aware of that need, and we expect teachers to be progressing on that front. But when it comes to kids misbehaving, we’re archaic. We say, ‘We’re going to send you to the principal’s office to “fix you”.’ We’re not going to talk to you.’ It’s not effective,” he said. “When we have a student struggling in reading, we don’t kick them out of the classroom, we find way to work with them.”

For much of his education career, Curtis worked as a football coach and assistant principal at Ed White Middle School in San Antonio, and he is no stranger to the accepted “tough love” ways of thinking on discipline. In 2012, he helped implement a Restorative Practices pilot program at Ed White, in partnership with the University of Texas at San Antonio, and became a passionate advocate for Restorative Practices and the need for them in all schools. “It was a true romance,” he said. “This ex-football coach flipped.”

He now believes there is as much of a need for differentiation in discipline methods as there is for differentiation in teaching methods because of the tie between academic performance and the educator-student relationship. Curtis saw clearly that teachers could push content on their students all day long, and do it very well, but their teaching was often only as effective as their relationships.

He knew teachers wanted to do both, but needed support from their administrators.

“Teachers don’t feel like they have the time to develop relationships with students, because the top-down approach says it’s all about the test scores,” he said. “But if you don’t have that relationship up front, you have zero chance of getting all of your students to understand content.”

While Curtis confesses to being the biggest fan of Restorative Practices, he admits sometimes he struggles to get his peers – other football coaches and teachers – to accept it sometimes because of its name. “People get caught up in titles,” he said. “But let’s take the title off of it for a second. When you look at it from a holistic approach without a name, what Restorative Practices do are allow us to be better communicators, to accept grace and give grace, they allow us to forgive and put human needs in front of our needs … it’s really teaching people what life’s about, and in life there are way more than 50 shades of gray. We live in gray, and we have to stop thinking in black and white.” 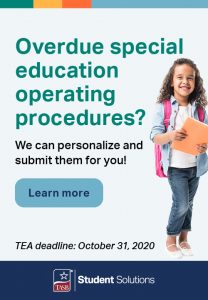