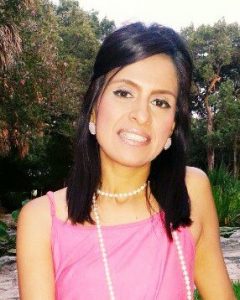 As a minister and lay counselor of women throughout the Austin community for over 20 years, Eloise Sepeda is always on the clock. As such, she relies on certain ingrained values and skill sets to do her work. She says her first ministry is her husband and family, then everything else.

“The ministry never stops,” she said. “I can get a call at any time.”

Some of the skills Sepeda relies on has been gained through ministry, training by Eric Butler, RJOY and ongoing learning opportunities. She has since written training curriculum for Life Anew Restorative Justice, Texas State University TSSC and the UT Austin Institute for Restorative Justice and Restorative Dialogue (IRJRD).

As a lay counselor, educator, and trainer, Sepeda is passionate about Restorative Practices and its core tenant of using circles to foster dialogue, conflict resolution, and change, because she has seen it work in her own life.

Years ago, Sepeda’s daughter was traumatized by the suicide of her best friend who was an ideal student. Her daughter spiraled into a depression and survived a suicide attempt of her own. At the time, Sepeda did not want to leave her alone, and one day found herself bringing her daughter to a workshop on Restorative Practices where attendees were split into different circles. Though she knew her daughter did not want to be there, Sepeda was amazed to see her come out of her shell and willingly participate in the dialogue exercise.

“I thought, ‘If my daughter’s going to dive in, I’m going to dive in.’ And I cried at hearing how truthful everyone else was,” she said, adding that she wishes she had found Restorative Practices earlier in life when she herself was struggling.

“I was the kid with at- risk behaviors that I advocate for today. I was traumatized at a young age and nobody asked questions,” she said. “I was just suspended and kicked out of school.”

For Sepeda, Restorative Practices center on one thing – making wrongs right by giving everyone a voice. “I think of the missing voice at the table,” she said. “Where is the voice of the community members you’re serving? In schools, where are the parents?”

“Using the process for others changed me inside and out, and I use it in my life to challenge my own beliefs,” she said. “It has taught me how to be a better listener, it has taught me how to do my ministry better. And what I hope to see in any situation is that the practice really does help individuals in the way that it’s intended to, which is to foster work on the self in all areas.”

Sepeda applauds the movement to implement Restorative Practices in disciplinary processes in public schools. “Restorative Discipline is becoming a focus in schools, which is where Texas is taking it,” she said. “And it’s beautiful, because there are so many souls who need it.”

Eloise Sepeda is one of the authors of our new book, Restorative Discipline Practices. She runs a women’s ministry called Eternal Steps and a private business called Harmony One Restorative Justice. Eloise spoke on the topic of Restorative Practices at the 2017 SXSW Edu Conference in Austin.

Click here for more information about the Restorative Practices Book.