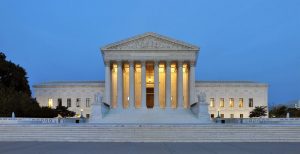 Last week, the Supreme Court ruled that schools must give students with disabilities education plans that are “appropriately ambitious”, creating a precedent that could have a big bearing on special education students and school districts across the country.

In the case Endrew F. vs. Douglas County School District, a family sued a Colorado school district for the cost of private school tuition for their son, saying his school was not providing him with the education needed to meet his special needs and advance his learning. They claimed his legal rights to “Free Appropriate Public Education” were being violated.

“In writing the court’s opinion, Chief Justice John Roberts held that schools must meet a more demanding standard than “merely more than de minimis” and that a child’s education plan must be “appropriately ambitious.”

But the court stopped short of offering a simple formula. “We will not attempt to elaborate on what ‘appropriate’ progress will look like from case to case,” reads the opinion, saying it depends on “the unique circumstances of the child.”

Experts say it’s too early to tell how the ruling will actually affect students and school districts. Special education advocates say it will raise the bar for schools and benefit more children with better education. Many school districts, however, say they are already being appropriately ambitious, and don’t expect much to change.