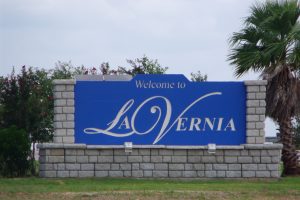 Thirteen students at La Vernia High School in La Vernia, Tex. have been arrested and charged with either sexual assault or sexual assault of a child. The arrests stem from at least two allegations of rape by students at the high school, who say they were repeatedly sexually assaulted by several members of the school’s baseball, football, and basketball teams in school locker rooms in separate incidents that date back to October 2016.

Two students specifically have filed lawsuits against the school district, one claiming that a coach at the school witnessed at least two of the assaults and did nothing to stop it.

According to the Daily Beast, the first civil lawsuit was filed last April, claiming that “school coaches “sanctioned these rituals,” that it allowed a culture of hazing to flourish, and that other school officials “turned a blind eye toward the abuse, even after the abuse was reported to them.”

The second lawsuit was filed on Jan. 23rd by another victim alleging abuse and accusing some of the same students named in the prior lawsuit.

La Vernia is a town of 1,200 people about 30 miles outside of San Antonio.

Last November, La Vernia Superintendent Jose Moreno resigned following controversy around his handling of this issue. Interim Superintendent Gary Patterson told The San Antonio Express-News, “We’re looking forward to resolution of these issues and are awaiting the results of the Texas Ranger investigation to assist the district as we move forward. The district’s internal investigation is ongoing and in conjunction with the Rangers investigation.”

Read the full story on The Daily Beast.