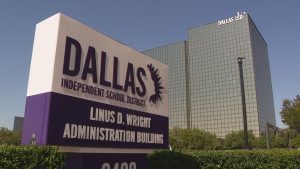 Dallas ISD has adopted a new safety cell phone app for students to report threats to their campus. The app is the “Say Something Anonymous Reporting System” which allows users to submit secure, anonymous safety concerns to help someone who may hurt themselves or others.

The site lists nine potential warning signs that can signal an individual may be in crisis or need help:

The app grew out of Sandy Hook Promise, a national nonprofit organization founded and led by several family members whose loved ones were killed at Sandy Hook Elementary School on December 14, 2012.