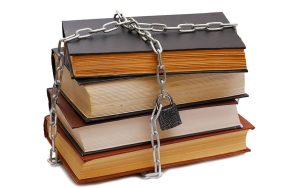 Certain as-yet-unspecified school districts in Texas must report to Republican state representative Matt Krause about their libraries.  Krause compiled a list of 850 books, and he wants to know if districts have any of those titles, how many copies they have of each title, where on a campus those copies are located, and how much money they spent acquiring those copies.  The books on the list ostensibly contain content relating to race or sexuality, and they may make some individuals “uncomfortable.”  (Feeling uncomfortable is often the leading indicator that one is actually learning something new.)

Krause is a founding member of the House Freedom Caucus, and he is running against Ken Paxton for state attorney general.  His investigation also includes the directive to school districts that they must ‘fess up about any other book in their possession that violates HB 3979, legislation which has been dubbed “the critical race theory law.”  Unfortunately, HB3979 is a bit of a misnomer because some are using this label to refer to anything that is taught or discussed in public schools and is even remotely related to race.   The phrase “critical race theory” actually means the analysis of structural racism embedded within a legal system, an advanced topic addressed far more often in a college classroom than in a secondary school.

School districts have been told to reply to Krause by November 12th, and nothing is known yet what consequences districts may face for harboring material on Krause’s list or that may be found to violate HB 3979.  However, the law doesn’t include any language stating that books in violation of HB 3979 must be removed.

To go through all the libraries in a district—don’t forget about ELA teachers and their love of overflowing classroom libraries—is an enormous job.  And to mandate an audit for content is not likely to send a positive message about literacy to students whose teachers are desperately encouraging them to read.

This is likely a political ploy to garner free media attention for Krause and his campaign.  Hopefully, it doesn’t take books out of kids’ hands or discourage a teacher from recommending books to their students lest they violate the law.