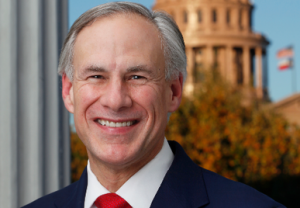 Just a few short days after Matt Krause announced the launch of an investigation into Texas school districts’ libraries, naming 850 books that he feels have no place in our public schools, Governor Greg Abbott—not to be outdone—asked the Texas Association of School Boards (TASB) to determine how much pornography is lurking in our schools and, if found, remove it.

It’s unclear why Abbott contacted TASB for this task because Texas school boards do not regulate curriculum or any reading materials used by schools (including library books), nor does TASB have any authority in this area to enforce any standards.  TASB responded in a public statement that this task is not within the purview of a local school board, which mostly focuses on policy, budget, strategic planning, etc.  TASB further notes that library materials are chosen and managed by professional staff in the district … such as librarians.

Abbott claims that Texas parents are worried about pornographic content that may be accessible to their children through their local school.  He also claims that TASB has an obligation to ensure that Texas students aren’t seeing pornography (or other inappropriate material) while at school.

Krause’s investigation has been labeled attempted censorship, and Abbott’s demand to TASB will likewise be called attempted censorship by some people.  However, both men are also currying favor with others.  Meanwhile, some school districts have been quick to comply with Krause’s demands, others are flagrantly ignoring it, and some have no idea what to do and may perch on the fence for as long as possible.

Sadly, this is obviously more about politics than education or literacy, and though “inculcating” children with certain beliefs is now against the law due to HB 3979, checking out a book from a school library does not equate inculcation of a controversial idea any more than a classroom discussion might.

I think we’ve all heard enough about Critical Race Theory lately, but censorship and removing access to literature because of “inappropriate content” has become a tragic bystander of this political issue.  So much so, in fact, that after Keller ISD removed the book Gender Queer: A Memoir by Maia Kobabe from its library last week after parents complained about it, state Attorney General Ken Paxton was asked to launch an investigation into similar books and determine what legal consequences exist for school districts that approved and purchased them.

Conservative values have their place in Texas, clearly, but is statewide censorship in our school libraries necessary to ascribe to those values?  Banning books and punishing districts are aggressive, hostile actions, and there is no obvious correlation between those actions and the health, well-being, or education of Texas children.