Dress Codes Are Getting Hairy 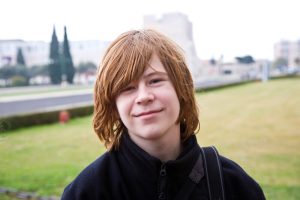 Magnolia ISD (northwest of Houston) is being sued by the American Civil Liberties Union for a dress code that requires boys—and only boys—to have short hair.  Magnolia ISD policy states that a boy’s hair must be shorter than both their collar and the bottom of their ears, out of their eyes, and cannot be in a ponytail, bun, or pinned up in any way.

The ACLU is representing seven students—six boys and one nonbinary child— ranging in age from 7 to 17.  This lawsuit alleges discrimination and severe, harmful punishment for violation of the dress code policy.

The lawsuit argues that the dress code is based on gender stereotypes and violates the 14th Amendment and Title IX.  The families of students named in the suit also state that Magnolia ISD administrators enforce the dress code unfairly, so some boys are allowed long hair (such as the football team, according to rumor), while others are punished for their long hair.  (One student in the lawsuit claims to have had their hair long for a couple of years now without any consequence until recently.)

The seven students in the lawsuit assert that the district delivered punishments that were extreme, severe, and disproportionate to a dress code violation, including days and weeks in ISS, removal from extracurriculars, separation from both classroom instruction and their friends and peers, and banishment to DAEP without providing transportation.  Keep in mind that a student sent to DAEP may be required to have a parent sit with them, go to before/after school detention, and may also lose their desk.  In fact, district officials became so punitive with one fourth grader named in the suit that they deprived him of normal lunch and recess, placed him in ISS for a month, and then moved him to the district’s DAEP program.  This all happened to a 9-year-old because of his hair.  Cruel and unusual, anyone?

This battle between these families and the district began months ago, and a school board meeting last August saw three civil rights organizations publicly denounce the policy, which they called discriminatory and hurtful, especially to students who may identify as nonbinary or transgender.  However, the ACLU filed a grievance with the district in 2019 regarding this policy and the reports it received from parents whose children were repeatedly threatened with disciplinary action or suspended over the length of their hair.  This is a battle that has been brewing for a while.

Magnolia ISD contends that its dress code complies with federal law, reflects the values of the Magnolia community, is like countless other Texas school district policies, and has been upheld in Texas courts.

Texas lawmakers responded to similar dress code discrimination lawsuits from 2020 with HB 392, legislation that would prohibit discrimination based on hair texture and styles that are typically associated with race.  The bill was not taken up for a vote on the floor, but it did advance out of committee.  Likewise, federal courts have ruled in other cases (in Indiana and North Carolina, for example) that gender-specific dress codes can be discriminatory.

Three of the students in the suit have left the district, three have cut their hair, and one is holding out as enforcement has been paused by the district due to the student’s age, though that pause is set to officially expire on October 30th.  We’ll see what happens next for that student as this story takes the national stage just days before the 30th.