Central Texas Schools to Get More Funding Under a New Bill 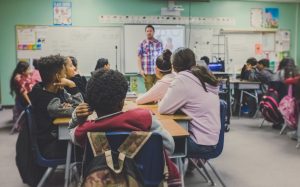 The Texas Legislature has been vigorously exploring school finance this legislative session. If one bill passes, Central Texas schools could receive more than $1,800 in funding per student starting next year.

According to the Austin-American Statesman, House members are expected to vote this week on House Bill 3 by Rep. Dan Huberty, R-Houston, which would allocate significantly more money toward public schools, costing the state $9 billion over the next two years, $2.7 billion of which would go toward reducing property taxes.

Read the full story at the Austin-American Statesman.