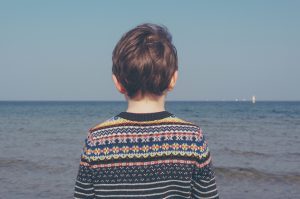 Jim Walsh, founding partner of Walsh Gallegos Treviño Russo & Kyle, PC, will deliver a talk on Significant Court Decisions and Why They Matter To You at Ed311’s upcoming Spring Conferences on Special Education Law.  One of those cases is T.W. v. Leander Indep. School District, a recent court decision on the issue of child find.

T.W., a student with dyslexia, enrolled in eighth grade in Leander Independent School District. Shortly after enrollment, LISD concluded T.W. was entitled to receive accommodations under § 504 on account of his dyslexia.

Over the years, T.W. advanced from grade to grade and achieved passing scores in all of his classes, with an overall high school GPA of 3.45.  He also achieved satisfactory scores on the State of Texas Assessments of Academic Readiness (STAAR) test in eleven of twelve instances and met all local testing benchmarks except one.

In part, T.W.’s performance in school was bolstered by support he received from his parent, his teachers, and his coaches. T.W. was a star athlete on the football team, and when T.W. struggled, they would provide support. T.W. also received various accommodations from his teachers, most of which were also available to other students. Despite this assistance, T.W. experienced significant stress in connection with his school work.

T.W. then requested a due process hearing and, while that was pending, he graduated from high school and received a college scholarship to Howard Payne University.  The special education hearing officer ruled in favor of the district, finding that T.W. had not demonstrated a need for special education. T.W. appealed by filing suit in federal court.

United States District Judge Sam Sparks affirmed the hearing officer’s ruling and observed that the IDEA “does not penalize school districts for not timely evaluating students who do not need special education.”  Judge Sparks agreed with the hearing officer that T.W. had not demonstrated a need for special education.  T.W. had passed all of his classes, graduated, was admitted to college and had performed satisfactorily on nearly all state assessments and benchmark tests.  T.W. demonstrated strong “behavioral progress” and “acquisition of appropriate social skills.”  In addition, the accommodations offered to T.W. were not highly individualized, but rather, were available to other students as needed.  While T.W. argued that his progress was due to the support he received from his teachers, coaches, and mother, the court held that such support did not necessarily demonstrate a need for special education.  The court upheld the hearing officer’s decision and denied all relief requested by the student.

For more of Jim Walsh’s insight into this and other recent court decisions and what they mean to you, join us at Ed311’s Spring Conferences on Special Education Law scheduled on April 29, 2019 in Arlington and May 2, 2019 in San Marcos.  For details and registration information, visit ED311’s event page at https://events.ed311.com/