A Mother’s Reckoning: An Interview with Author Sue Klebold 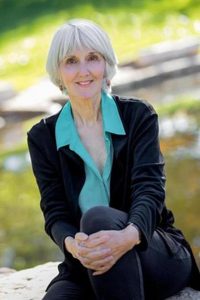 Always bright and smart, Dylan Klebold was by most measures an easy kid. From an early age, he was placed in the gifted program at school. He was an active member of the Little League team, and he always had lots of friends.

Sue Klebold, Dylan’s mother and a longtime educator, says that he was so easy to manage it made her feel like, as a parent, she must be doing something right.

But during his junior year, Dylan started to get in trouble. First, at school, and then, after a theft, with the law. Sue says that when this started happening she felt worried and confused, as most parents would. She sought counsel, but the feedback she received from healthcare professionals and other parents was that it wasn’t anything to worry about too much.

“I was the parent of someone who I thought was a normal kid going through normal things,” she said. “I didn’t realize at the time what I found out later in Dylan’s (journal) writings, which was that really, from the time he was 15, he was suicidal.”

In 1999, at the age of 17, Dylan and his friend Eric Harris became the perpetrators of one of the country’s most notable mass school shootings. Together, they killed 13 people at Columbine High School in Littleton, Colo. before committing suicide in the school library. 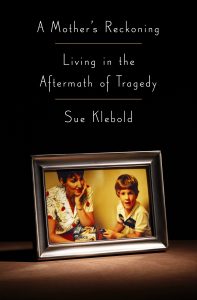 After the tragedy, Sue says she spent many years in tortured isolation, trying to come to terms with why and how Dylan had come to be part of such a violent attack.

“I was heartbroken, humiliated, terrified and all of the things you would feel after your child killed and hurt so many people and cause so much destruction … I never thought that a murder-suicide would be part of my life, and I didn’t know how to look for the signs. It was just completely outside of the realm of what I thought could happen in my life,” Sue said. “After spending years in therapy on my own and talking to tons of experts, I really began to see that Dylan’s own suicidality was a big contributor to his participation in a mass shooting.”

Sue points to the data behind this conclusion: Studies show that 78 percent of all perpetrators of mass shootings and school shootings have been suicidal. Sue believes that one crucial step we can take in preventing school violence, like the shooting at Columbine, is to provide better mental health care access to those who are suicidal and to train educators and others who interact with youth to be aware of the signs.

“In the years since this has happened, I have become completely committed to the cause of suicide prevention,” she said. “Whether (a suicidal person) actually takes their life or the lives of others, too many people are suffering on the edge of this issue, and we don’t know how to help them. One of the best things we can do for our communities is work on suicide prevention. By helping those who are struggling with suicidality, we are not only helping the individual, we are helping all of those who love that individual and those who could be negatively affected by their behavior.”

Today, Sue spends most of her time working as an advocate for suicide prevention organizations, and she recently wrote a book called, “A Mother’s Reckoning: Living in the Aftermath of Tragedy” about her personal and ongoing journey of recovery since the Columbine shooting. Sue donates all profits from the book and from her speaking engagements to organizations working on suicide prevention.

“My big mission now in life is to say to everyone – educators, parents, physicians, bus drivers – times have changed. It’s important for all of us to have more knowledge about mental illness and some baseline training in suicide prevention. We need to know how to talk to people, how to listen to people, and we can’t be afraid to ask someone if they feel suicidal,” she said. “Because we encounter people all of the time who are in this boat, and if we don’t ask and we don’t feel comfortable having those conversations, then we can’t take that first step towards helping them.”

Sue Klebold will be one of the keynote speakers at this year’s Summer Institute for Educators of Behavior-Disorder Students. Register today to join us at this inspirational training to provide educators with practical tools they can use when working with troubled kids in the classroom.