Citizen Sues Over Being Banned From Posting On Government Facebook Page 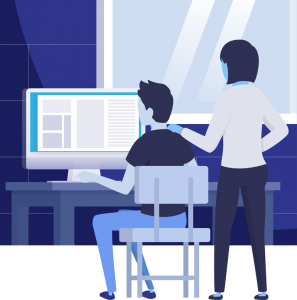 In January of 2017, the HCSO Facebook page posted a message stating that, because there were several posts attempting to degrade and insult police officers, such messages “filled with foul language, hate speech” and similar comments would be removed and the person would be banned.

A citizen, Deanna Robinson, along with others posted comments criticizing the post and asserting their right to comment publicly on the Facebook page.  In the suit, she alleges that, soon after posting the comment, the comment was removed and she was banned from posting on the page.

Robinson filed suit, arguing the HCSO’s actions violated her First Amendment rights.  As part of the suit, she sought an injunction barring the county from removing public comments and banning people from the Facebook page.  The trial court denied the injunction and the woman appealed.

According to the Fifth Circuit, the trial court erred when it denied the injunction.  To be entitled to a preliminary injunction, the woman had to demonstrate a likelihood of success on the merits, among other things.  According to the court of appeals, the trial court improperly determined that she was unlikely to succeed on the merits because the woman had stated a cognizable claim for the violation of her First Amendment rights.  However, more facts were needed to resolve certain factual disputes, such as whether Robinson continued to be banned from the Facebook page.

The appeals court returned the case to the trial court for reconsideration.  While this case does not involve a school district, it is equally applicable to school districts that entertain public comment on social media pages.  The case is Robinson v. Hunt Cty., Texas, No. 18-10238, 2019 WL 1594319 (5th Cir. Apr. 15, 2019).