US Supreme Court Sides with Cheerleader in First Amendment Suit 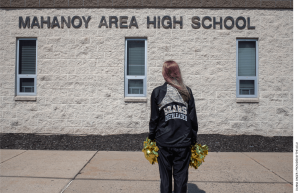 The U.S. Supreme Court has sided with a cheerleader who was suspended from the squad for her off-campus social media posts.  The case is Mahanoy Area School District v. B.L., Dkt. No. 20-255.  After the student, B.L., failed to make the school’s varsity cheerleading squad, she posted images on Snapchat, a social media application for smartphones that allows users to share temporary images with selected friends.  The images were sent by B.L. when she was visiting a local convenience store over the weekend.

B.L.’s posts expressed frustration with the school and the school’s cheerleading squad, and one contained vulgar language and gestures. When school officials learned of the posts, they suspended B.L. from the junior varsity cheerleading squad for the upcoming year. After unsuccessfully seeking to reverse that punishment, B.L. and her parents sought relief in federal court, arguing that punishing B.L. for her speech violated the First Amendment.

The trial court granted an injunction ordering the school to reinstate B.L. to the cheerleading team.  Relying on Tinker v. Des Moines Independent Community School Dist., to grant B.L.’s subsequent motion for summary judgment, the court found that B.L.’s punishment violated the First Amendment because her Snapchat posts had not caused substantial disruption at the school.

The school district appealed and the Third Circuit affirmed the judgment.  The appeals court panel reasoned, however, that Tinker did not apply because schools had no special license to regulate student speech occurring off campus.  The U.S. Supreme Court agreed to hear the case on appeal.

Justice Breyer delivered the majority opinion of the Court.  The Court held that, while public schools may have a special interest in regulating some off-campus student speech, the special interests offered by the school are not sufficient to overcome B.L.’s interest in free expression in this case.

Under Tinker, schools have a special interest in regulating on-campus student speech that “materially disrupts class-work or involves substantial disorder or invasion of the rights of others.”  The Court did not foreclose the possibility that off-campus speech can be regulated by schools. According to the Court, circumstances that may implicate a school’s regulatory interests include serious or severe bullying or harassment targeting particular individuals; threats aimed at teachers or other students; the failure to follow rules concerning lessons, the writing of papers, the use of computers, or participation in other online school activities; and breaches of school security devices.

Under the specific facts of this case, B.L.’s off-campus social media posts were entitled to First Amendment protection.  The statements made in B.L.’s Snapchats reflected criticism of the rules of a community of which B.L. forms a part.  According to the Court, the circumstances of B.L.’s speech diminished the school’s interest in regulating it.  For example, B.L.’s posts appeared outside of school hours from a location outside the school.  She did not identify the school in her posts or target any member of the school community with vulgar or abusive language.  B.L. also transmitted her speech through a personal cell phone, to an audience consisting of her private circle of Snapchat friends.

The school’s interest in preventing disruption was not supported by the record, which showed that discussion of the matter took, at most, 5 to 10 minutes of an Algebra class “for just a couple of days” and that some members of the cheerleading team were “upset” about the content of B.L.’s Snapchats.   This alone does not satisfy Tinker’s “demanding standards.”  Likewise, there was little to suggest a substantial interference in, or disruption of, the school’s efforts to maintain cohesion on the school cheerleading squad.  Because the district’s suspension of B.L. did not meet Tinker’s standards, the Supreme Court affirmed the judgment in favor of B.L.