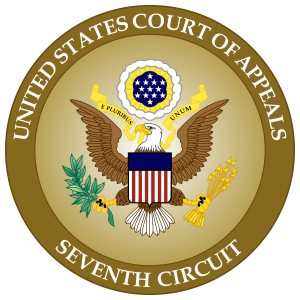 In the Legal Digest’s Transgender Guide published last year, we reported on a case out of the Seventh Circuit Court of Appeals, holding that Title VII does not apply to employment discrimination based on sexual orientation.  The case is Hively v. Ivy Tech Community College of Indiana and it involves claims by a part-time adjunct professor that she was denied full-time employment and promotions because of her sexual orientation.  In dismissing the lawsuit, the Seventh Circuit cited the 1979 Fifth Circuit opinion Blum v. Gulf Oil Corp., 597 F.2d 936 (5th Cir. 1979), which held that a discharge for homosexuality is not prohibited by Title VII.  The Fifth Circuit has jurisdiction over Texas.

The Seventh Circuit, however, recently reheard the Hively appeal en banc, meaning the entire Seventh Circuit panel of judges considered the case.  By a vote of 8 to 3, the appellate court changed course, this time holding that the suit had stated a viable claim for relief under Title VII.  The Seventh Circuit observed that prior case law did not recognize Title VII liability for discrimination based on sexual orientation and that, while Congress has considered adding the words “sexual orientation” to the list of prohibited characteristics, it never did so.  Yet, according to the appeals court, the “goalposts have been moving over the years, as the Supreme Court has shed more light on the scope of the language that already is in the statute:  no sex discrimination.”  Thus, the fact that Congress has not explicitly included sexual orientation as a prohibited characteristic does not preclude such a discrimination claim.  In fact, the Supreme Court has recognized sex discrimination in many forms, including sexual harassment, same-sex sexual harassment, actuarial assumptions about one’s longevity, and discrimination based on a person’s failure to conform to a certain set of gender stereotypes.

Hively claimed that if she had been a man married to a woman (or living with a woman, or dating a woman) and everything else had stayed the same, Ivy Tech would not have refused to promote her and would not have fired her.  According to the Seventh Circuit, these facts state a viable Title VII claim.  The appeals court stated:  “Any discomfort, disapproval, or job decision based on the fact that the complainant – woman or man – dresses differently, speaks differently, or dates or marries a same-sex partner, is a reaction purely and simply based on sex.  That means it falls within Title VII’s prohibition against sex discrimination, if it affects employment in one of the specified ways.”

Hively also claimed that she suffered sex discrimination due to her association with others of the same sexual orientation.  Looking to prior Title VII cases recognizing such associational discrimination claims based on race, the court of appeals observed that “to the extent that the statute prohibits discrimination on the basis of the race of someone with whom the plaintiff associates, it also prohibits discrimination on the basis of the national origin, or the color, or the religion, or (as relevant here) the sex of the associate.  No matter which category is involved, the essence of the claim is that the plaintiff would not be suffering the adverse action had his or her sex, race, color, national origin, or religion been different.”  For these reasons, the Seventh Circuit reversed the dismissal of Hively’s suit and returned the case to the trial court for further proceedings.

The Seventh Circuit does not have jurisdiction over Texas.  As of now, Texas precedent out of the Fifth Circuit Court of Appeals does not recognize Title VII claims based upon sexual orientation.  However, the law in this area is ever evolving.  Guidance from the Equal Employment Opportunity Commission (EEOC) cautions that employers may run afoul of Title VII if they discriminate based on sexual orientation.  Therefore, simply because the Fifth Circuit has not yet changed the law in this area, does not mean that employers will be immune from an EEOC enforcement action or a lawsuit challenging an employment decision made on the basis of sexual orientation.  Employers should consult with legal counsel if these issues arise to avoid costly legal action and unfavorable public attention.