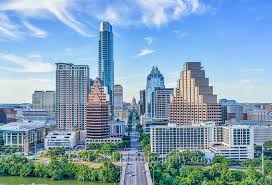 Last March Austin ISD announced that it would no longer allow PTA funds to pay for staff positions.  (Many other Texas school districts already have policies prohibiting this practice.)  House Bill 1525, however, goes into effect on September 1st, and it requires Texas school districts to accept PTA money for supplemental staff positions.  State Senator Larry Taylor has asked Texas Attorney General Ken Paxton whether Austin ISD must accept funds from PTAs to pay for additional staff during this coming school year.  Paxton’s opinion on both HB 1525 and on AISD’s stance regarding PTA funded staff is expected within 180 days.

Austin ISD’s new stance on PTA funded staff is part of an attempt to reckon with inequities throughout the district.  Eliminating PTA funds from school staffing resources may help mitigate the inequities that exist between campuses with affluent PTAs versus those with less fiscal support from its PTA.  Officially, PTA donations are not to be used to fund staff member positions (according to the National PTA organization).  However, during the previous school year, PTAs paid for 31 positions (both full and part time) in AISD elementary schools, according to Senator Taylor in his official request to Paxton.

Because Austin ISD’s budget and staffing decisions for the 2021-2022 school year will be finalized before September 1st when HB 1525 goes into effect, the new law will not impact this coming school year.  The district will have to follow the law in budgets for future school years, but Superintendent Elizalde intends to honor the district’s decision from last March, at least for this year.  It is unclear if Paxton’s opinions, once delivered, can retroactively affect AISD’s current budget and staffing.

I taught in a Title I school in Austin ISD that had little financial support from its PTA.  I also taught in a different part of town at a school with a very active, very generous PTA whose contributions paid for many things, including supplemental School Resource Officers.  My son attended an AISD elementary that relies heavily on PTA donations to pay for a parent support specialist, an essential position within a unique school that consists of very affluent families, families receiving government assistance, and struggling immigrant families new to the community.  Despite my personal experiences, I’m not sure what the answer is to this ethical dilemma, if any.  But I do know that it’s not a zero-sum game.  Disallowing the use of funds at one campus does not make money magically appear at another one.  It is up to AISD and the Texas Legislature to level the playing field.  I’m not sure that dictating the use of PTA funds is the most efficient way to do that, but perhaps Ken Paxton will have some ideas.