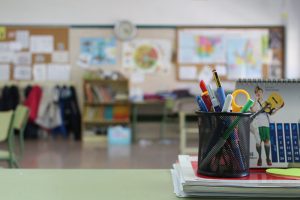 At a recent hearing hosted by the Texas Education Agency, school administrators from across the state testified that they expect they will need to receive more funding in order to accommodate the projected spike of students needing special education services this year.

A recent investigation by the U.S. Department of Education found that Texas education authorities had illegally capped the number of students able to receive special education services in an effort to keep down spending. In the wake of the finding, TEA officials have been scrambling to pull together a report detailing how they plan to fix the situation, releasing a 42-page plan that would put part of the burden on identifying previously-excluded students in need of special education services on districts themselves.

According to the Texas Tribune, the TEA made it clear in the plan, however, that they had no funds to put toward implementation.

“TEA cannot legally commit additional funds outside of those that are appropriated by the Texas Legislature and the U.S. Congress,” the draft reads. “This strategic plan has been designed so that it can be sustained with existing appropriations.”

School administrators have said they view this plan as an unfunded mandate. “Directing districts to use existing appropriations for a plan such as this means services will be cut in other areas,” read a release from the Texas Council of Administrators of Special Education, which represents more than 1,000 administrators.

While there is $65 million in federal discretionary funds available to implement the plan, school administrators say that is not enough to cover what is needed statewide.

Read more at the Texas Tribune.