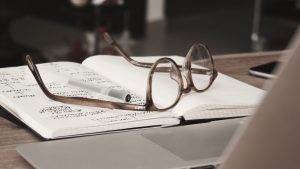 After Christy Williams was terminated from her position at the Tarrant County College District (TCCD), she filed suit for discrimination, failure to accommodate, and retaliation under the Americans with Disabilities Act (ADA) and the Texas Commission on Human Rights Act (TCHRA), as well as for retaliation and failure to restore under the Family and Medical Leave Act (FMLA).

The record showed that Williams had attention deficit hyperactivity disorder (ADHD) and post-traumatic stress disorder (PTSD) since childhood, and was diagnosed with major depressive disorder and hypothyroidism in 1995. The suit alleged that her condition deteriorated, culminating in an incident at work on November 13, 2012, when she met with two of her supervisors to discuss her performance.

After they informed Williams she had been the subject of a faculty complaint, she became agitated, began to cry uncontrollably, and took several hours to regain her composure. Williams was then placed on administrative leave.

While on leave, Williams received medical treatment. Her psychiatrist provided to TCCD a disability claim form and FMLA leave form, which explained Williams had major depressive disorder and anxiety, as well as problems eating, sleeping, and focusing. In addition, Williams emailed her supervisors to inform them that doctors had found a “biological imbalance in [her] body”, she was receiving treatment, and she planned to return to work in January of 2013.

On that day, hoping to return to work, Williams met with the head of human resources, and provided a certification of fitness-for-duty form, completed by her doctor, which cleared her for work “with no restrictions”, but requested that TCCD “make reasonable accommodations”. At the end of this meeting, instead of being permitted to return to the writing lab, Williams was told to consider herself “still on leave”.

Five days later, Williams received a letter explaining she was terminated for past performance. Williams disputes the reason for her termination. As evidence she was terminated because of her disabilities, she points to emails, exchanged between her two supervisors the day after her emotional incident, hoping Williams would “decide[ ] the lab setting is not the ideal place for her talents”, as well as a memorandum from the head of human resources—on the day he received her paperwork requesting accommodations—recommending Williams’ termination. TCCD contends it was planning to terminate her before the incident, citing complaints from students, co-workers, and faculty regarding her performance.

TCCD filed a motion seeking dismissal of Williams’ action “in its entirety”.  Summary judgment was granted against the FMLA claims based on the statute of limitations. Although Williams pleaded willful violations of the FMLA, which would entitle her to a three-year limitations period, the court ruled she “failed to offer any summary judgment evidence supporting a claim for willfulness”, and, therefore, “the two-year statute-of-limitations period applie[d]”. And, summary judgment was granted against her ADA and TCHRA claims because she did not provide evidence of a “disability”. In addition, for her ADA and TCHRA retaliation claims, the court ruled she failed to exhaust her administrative remedies.  After this adverse ruling, Williams appealed to the Fifth Circuit Court of Appeals.

The Court of Appeals affirmed the decision, in part, but allowed Williams to proceed on her ADA and TCHRA disability and retaliation claims.  The appeals court determined that fact issues existed as to whether the woman’s impairments in sleeping, thinking, focusing, communicating, and caring for herself due to PTSD and major depressive disorder were substantially limiting, precluding dismissal of the suit.

Williams also presented enough evidence to create a fact issue on whether the college district regarded her as having a disability, including FMLA leave and short-term disability forms that listed and described her impairments.  According to the appeals court, evidence that TCCD terminated Williams because of her disability also precluded dismissal of the suit.

The record showed that Williams received “copious positive feedback” from faculty and students and she was promoted earlier that year and there is no indication she was being considered for termination.  Additionally, Williams was terminated after her emotional incident, FMLA leave, and her request for accommodations. Because Williams provided evidence suggesting TCCD knew she had impairments, and terminated her on account of them, she met her burden of proof to overcome TCCD’s motion seeking dismissal of the suit.

This case shows that, even if an employee does not have a disability, an employer can still incur liability for discrimination and retaliation based upon a perceived disability or if the employer regards the employee as having a disability.  In addition, the appeals court found significant the fact that the employee had no prior performance issues prior to the emotional incident and was only considered for termination after her FMLA leave and request for accommodations.