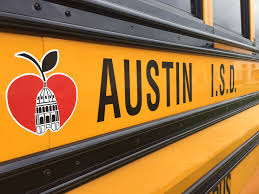 Therese Menzia sued the Austin Independent School District, alleging that her daughter, Z.M.-D., was harassed by her peers on the basis of her race and national origin during sixth grade. The suit alleged that the family moved to Austin from Cameroon and that the girl was harassed and bullied on a daily basis during the fall of 2017. The suit claimed that the harassment was so bad that Z.M.-D. did not want to go to school.

When Z.M.-D told a teacher she “didn’t want to … live anymore,” the teacher took the girl to the school counselor. A suicide assessment was conducted using the Columbia-Suicide Severity Rating Scale, and Z.M.-D did not test suicidal.  Menzia signed referrals for further counseling services, and the assistant principal stated he would open an investigation.

Two school days later, Z.M.-D. assaulted one of her harassers, resulting in Z.M.-D.’s arrest. For her conduct, she received the lowest level of discipline available for assault – three days’ suspension and 30 days at the alternative learning center.

A bullying investigation by the assistant principal concluded that the negative interactions reported by Z.M.-D. were mutual and did not constitute bullying or harassment. Z.M.-D. was later assigned to a different assistant principal to allow the family to “feel comfortable coming to administration with any issues.”

Upon return from the alternative learning center, Z.M.-D. reported more bullying allegations, and the school implemented a Stay Away Agreement. An investigation was opened, but the family refused to cooperate. Z.M.-D. was encouraged to report harassment, but no other incidents were reported.

After suit was filed, the school district moved for pretrial judgment in its favor, and the trial court granted the motion.  The family appealed and the Fifth Circuit Court of Appeals affirmed. The appeals court determined that the family did not meet their burden to show that the district acted with deliberate indifference toward Z.M.-D.’s allegations of bullying and harassment.

The appeals court observed that the district’s “responses strengthened as the reported harassment escalated: from informal talks, to counseling, to investigations, to a Stay Away Agreement.” The district’s responses taken together, in light of the reported harassment, did not rise to deliberate indifference. The trial court properly granted judgment in favor of the district. The case is Menzia v. Austin ISD, Dkt. No. 21-50979 (5th Cir. August 25, 2022).