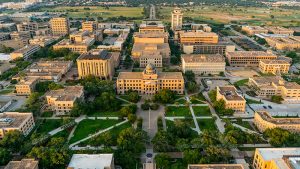 The Fifth Circuit considered Title IX regulations aimed at protecting due process rights of a student accused of peer sexual harassment. The case arose out of an encounter between two sophomores at Texas A&M University. The encounter started consensually but, according to the female student, resulted in other nonconsensual acts. Eight months after those events, the female student complained to school officials, alleging sexual abuse.

Texas A&M provided notice of the charges against him and scheduled a live disciplinary hearing in person. A neutral chairperson and panel comprised of three university administrators presided. The male student was represented by an attorney throughout the proceedings.

After the girl described the allegations, cross-examination was not permitted. Instead, the male student’s attorney was allowed to submit an unlimited number of questions for the panel to ask her with all parties present. No questions were submitted. The male student sought to submit evidence of the girl’s mental health and sexual history but that was denied.

The panel found that student in violation of school policy and suspended him for one semester.  He eventually returned, rejoined the swim team, and graduated. The male student later sued Texas A&M and several university administrators for sex discrimination under Title IX and deprivation of constitutional due process.

The student based his Title IX claim on two theories of liability within the university disciplinary context: (1) erroneous outcome and (2) selective enforcement. The trial court dismissed the suit and the boy appealed. The Fifth Circuit first considered what the proper pleading standard is for a Title IX claim challenging a university’s disciplinary proceedings. After reviewing established precedent, the appeals court applied the following standard: “Do the alleged facts, if true, raise a plausible inference that Texas A&M or its administrators discriminated against the student on the basis of sex.” According to the court, the facts did not raise such an inference.

The court next considered whether constitutional due process requires that students accused of sexual assault be permitted the opportunity for attorney-led direct cross examination of their accusers during university disciplinary proceedings. The appeals court held that the male student’s due process rights were not violated. The student received advanced notice of the girl’s allegations. He was permitted to call witnesses and submit relevant, non-harassing evidence of his innocence to a neutral panel of administrators and was represented by counsel throughout the proceedings. He listened to the allegations directly and his attorney had the opportunity to submit an unlimited number of questions to the disciplinary panel. This provided the student due process.  The appeals court affirmed the dismissal of the student’s claims. The case is Van Overdam v. Texas A&M, et al., No. 21-20185 (Aug. 9, 2022).