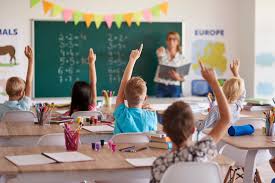 At a time when schools everywhere are already struggling to staff campuses with teachers—any teachers, much less qualified, effective teachers—the revocation of the accreditation of Texas’ largest alternative teacher certification program could send quite the shock wave through Texas school districts.

Texas Teachers of Tomorrow (a for-profit program also known as A+ Texas Teachers) was audited in 2016, and TEA determined that the company was out of compliance in five out of eight areas.  In response, it created a plan for improvement.  However, the company has been on probation since July after another audit revealed numerous problems, including misleading advertising; an inability to show that its training is research-based; and failing to provide qualified mentorship, field-based training, or classroom observation opportunities to its candidates.  Texas Teachers of Tomorrow was given several months to improve, but in November TEA stated that the program has failed to show such improvement and remains out of compliance in areas such as admission, curriculum, and governance.

SBEC has the final say on revoking the company’s accreditation versus giving them yet another opportunity to fix their problems.  But first a long court hearing is likely, in which TEA and Texas Teachers of Tomorrow present their case to a judge in the State Office of Administrative Hearings, and the outcome will inform SBEC’s decision.  In the meantime, Texas Teachers of Tomorrow can continue to operate and certify teachers.

Texas Teachers of Tomorrow maintains that it is in compliance with state standards and that it met the standards of its probationary agreement, and it intends to demonstrate in court that it has improved both its resources and program leadership.  The company’s CEO asserts that the issue lies with the quality of the data and analysis used to evaluate the company since it was placed on probation.

If their accreditation is indeed revoked, they will no longer be able to train and prepare certified educators.  Texas Teachers of Tomorrow produces at least half of the teachers in educator training programs in Texas.  In fact, the company reported that they had almost 70,000 enrollees in 2021.  But only 6,000 finished the program, and less than 5,500 earned teaching certification from the state.

In addition to the audit findings, Texas Teachers of Tomorrow has received large numbers of customer complaints about non-responsiveness, inadequate support, and processing issues.  Some also claimed that they were given bad advice that led to them feeling forced to leave the classroom altogether.  Our teachers need all the help they can get.  If Texas Teachers of Tomorrow maintains its accreditation, let’s hope that they demonstrably improve and support new teachers in the manner that they deserve.