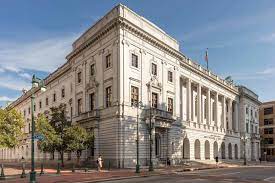 Jane Roe, a former student of Cypress-Fairbanks Independent School District, sued the district alleging that when she was fourteen years old, she was sexually assaulted by another student in a stairwell at Cypress Creek High School, following an abusive relationship with the same student.

The suit alleged that, instead of investigating her assault and providing her with academic or other appropriate support, the district recommended that she drop out of school. After doing so—and never returning to any high school—Roe sued the school district under Title IX, arguing that it was deliberately indifferent both to the risk of her sexual assault and in response to her abusive relationship, sexual assault, and subsequent related harassment and bullying on school property.

The Fifth Circuit noted a number of flaws with the district’s investigation, including that neither Roe nor her alleged perpetrator were interviewed and neither provided a written statement.  An assistant principal made aware of harassment allegations spoke to campus police only once weeks after the assault, when campus police notified her that the Sheriff’s Office was taking over. The assistant principal did not conduct any further investigation of the incident after learning that the matter was referred to the Sheriff’s Office.

In addition, according to the court of appeals, the district was unable to produce documentation of its alleged investigation. Because the jury may believe Roe and find in her favor, the district court’s grant of summary judgment was reversed as to whether the district was deliberately indifferent in response to the totality of the harassment alleged by the student.