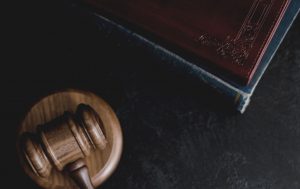 The Fifth Circuit Court of Appeals affirmed the dismissal of a well-publicized suit brought on behalf of an Irving ISD student after he was disciplined for bringing a hoax bomb to school.  A Dallas federal court held that the student who was suspended for bringing a suspicious clock to school failed to state viable claims against the school district, Principal Daniel Cummings, and the City of Irving.

The case, A.M. v. Irving Independent School District, garnered a lot of nationwide publicity following the student’s suspension.  Mohamed Elhassan Mohamed, the parent of A.M., who the media named “Clock Boy”, filed suit stemming from A.M.’s September 14, 2015 arrest and three-day suspension from McArthur High School after he brought to school a homemade contraption containing wires and batteries that made a beeping sound.

The suit alleged, in part, that both the District and Principal Cummings violated A.M.’s Fourteenth Amendment constitutional right to equal protection of the laws when Principal Cummings imposed a three-day suspension from school to discipline A.M. after he brought the device to school. In addition to his constitutional claims against the District and Principal Cummings, the suit alleged that the District violated Title VI of the Civil Rights Act of 1964, by discriminating against him on the basis of his race and religion.  The suit also claimed the City violated A.M.’s rights under the Fourth and Fifth Amendments to the Constitution in connection with his interrogation and arrest by police officers employed by the City.

The District, Cummings, and the City each filed a motion requesting dismissal of the suit, arguing that even accepting the allegations as stated in the lawsuit as true, they did not allege viable claims against them.  After the trial court dismissed the suit, the plaintiffs appealed to the Fifth Circuit Court of appeals.

The appeals court affirmed the dismissal based on the trial court’s “exceptionally thorough opinion, consisting of some fifty-nine pages, covering every detail of the facts and law implicated in this case.”  The court stated that, after reviewing the briefs, pertinent portions of the record, and applicable law, it could find no error in the district court’s order dismissing the suit. The judgment of the district court in favor of the district, the principal, and the city defendants was affirmed.