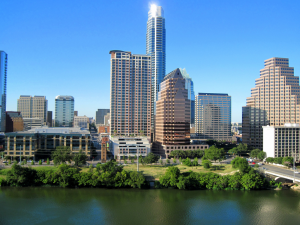 The Association of American Law Schools announced that they would be moving a 2018 conference from Austin to Chicago, following the Texas Legislature’s passage of the controversial Bathroom Bill and another bill banning sanctuary cities in the state.

Last Friday, following months of heated debate and hours of testimony that day, the Texas Senate Affairs Committee voted 8 to 1 to pass a bill that restricts transgender individuals to only use public bathrooms associated with their biological gender instead of their gender identity. The bill has been widely criticized by human rights advocates for being discriminatory, as well as posing safety concerns for transgender individuals.

The President of AALS, Paul Marcus, sent a letter to Texas lawmakers last week, saying that the group would be moving its 2018 Conference on Clinical Legal  Education from Austin to Chicago and would not be considering Texas as a host for any future meetings or conferences.

“We made these decisions, nonetheless, because we are deeply concerned with the legislative actions taken recently in your state,” Marcus wrote. “AALS bylaws specifically prohibit ‘discrimination or segregation on the grounds of race, color, religion, national origin, sex, gender (including identity and expression), sexual orientation, age, or disability. We hope that our action will encourage Texas state lawmakers to reconsider these policies. We look forward to returning to Texas when they do.”