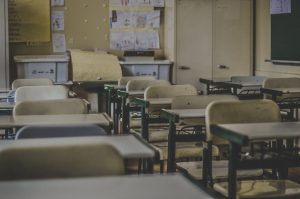 The probationary middle school teacher in the Santa Rosa Independent School District suffered a stroke in January of 2016.  He notified the school district and did not return to work that semester. In May of 2016, the teacher was informed that his employment would be terminated at the end of his contract.  He later filed suit against the district, claiming disability discrimination under Texas law.

The district filed a motion requesting judgment in its favor on the grounds that the teacher could not meet the elements of his discrimination suit, therefore, depriving the court of jurisdiction over those claims.  The trial court denied the motion and the school district appealed.

The appeals court observed that governmental units, including school districts, are immune from suit unless the state consents.  The Texas Labor Code waives immunity if the plaintiff alleges conduct within the purview of the statute. Under the Labor Code, an employer commits an unlawful employment practice if it discharges an individual because of a disability.

The elements of a disability discrimination case are that the employee (1) has a disability, (2) was qualified for the job, and (3) suffered an adverse employment action because of his disability.  The school district produced evidence that the teacher was not terminated because of his disability. In January of 2016, it was reported that the teacher acted inappropriately toward multiple students during a day in which benchmark testing was conducted.  At least one female student complained of unwanted attention and hugging that made her uncomfortable. The principal recommended to the superintendent that the teacher be terminated immediately. Instead, the superintendent suspended the man with pay until further notice.  The teacher reported that he suffered a stroke shortly thereafter and did not return to work the remainder of the school year.

Finding that the teacher did not make out the elements of a disability discrimination claim, the court of appeals stated that when an employer articulates a legitimate reason to terminate a plaintiff’s employment, the employee must produce evidence that the employer’s stated reason was a pretext for discrimination.  In this case, because the teacher failed to provide evidence refuting the district’s reason for his termination, the school district was entitled to judgment in its favor. The appeals court reversed the trial court’s ruling and dismissed the teacher’s disability discrimination suit.