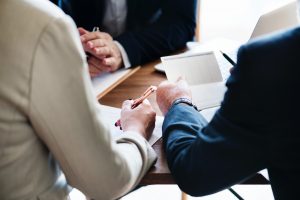 Monica Roberts, a parent, filed a lawsuit against Sinton Independent School District, its superintendent, and a school district police officer, Esteban Suarez, alleging they violated her constitutional rights related to free speech and parenting her children by issuing a trespass and harassment warning without due process.  The case arose from a dispute over the bullying of Roberts’s oldest daughter, who was a middle school student. When Roberts filed a grievance over the matter, district administrators directed Officer Suarez to issue a criminal trespass warning to Roberts. Officer Suarez was given no reasons to support the warning.

The day after Roberts submitted her grievance, Officer Suarez delivered the warning to Roberts. Listing the address of the daughter’s middle school, the warning stated:

YOU ARE HEREBY WARNED AND PLACED ON NOTICE THAT YOU CANNOT ENTER UPON OR REMAIN ON THE ABOVE PROPERTY. YOU ARE ALSO WARNED THAT YOU MAY NOT HARASS ME IN ANY WAY, WHICH INCLUDES ANY FORM OF COMMUNICATION, EITHER VERBAL OR WRITTEN, OTHER THAN WRITTEN LEGAL NOTICE.

Violation of the warning could result in arrest for criminal trespass punishable by up to six months in jail and a $2,000 fine.  Roberts also had to obtain permission to enter any other district campus. The warning was not limited in time. When issuing the warning, Officer Suarez told Roberts that she was not allowed to go on any district property without permission.

Roberts then filed suit, claiming that the warning violated her constitutional rights related to her liberty and property interests as a parent directing her daughter’s education.  The Supreme Court has held that parents have a right to direct and control their child’s upbringing and education.  Encompassed within the right to direct a child’s education is the ability to communicate with a child’s teacher.  Case law has clearly established that schools can lawfully restrict parents’ access to their child’s school as long as the parents retain an avenue to communicate with the school.

According to the court, the evidence was conflicting on whether Roberts was still able to communicate with her daughter’s teachers and school administrators.  As a result, the court declined to dismiss claims against Suarez for violating her right to direct her daughter’s education. Similarly, fact issues existed on whether the warning was constitutionally vague.  For example, the warning failed to specify how Roberts could obtain permission without violating the communication ban. The court also allowed the case against the officer to proceed on the claim that Roberts was entitled to procedural due process before issuance of the trespass warning, such as notice and a hearing.

With respect to the claim for violations of Roberts’s Fourteenth Amendment substantive due process, a state government official may incur liability in two ways: (1) by violating fundamental constitutional rights; or (2) by committing abusive or oppressive government actions that, without implicating fundamental constitutional rights, “shock the conscience.”  Proving that government action “shocked the conscience” is an extremely high burden, requiring “stunning evidence of arbitrariness and caprice that extends beyond mere violations of state law, even violations resulting from bad faith to something more egregious and more extreme.”  Roberts failed to meet this standard and the trial court dismissed the substantive due process claim against Suarez. The trial court ruled that the case would proceed against Officer Suarez on all issues except the substantive due process claim.

This decision was reported at Roberts v. Sinton ISD, 2019 WL 93308 (S.D. Tex. 2019).  The decision does not address claims brought against the school district and the district remains a defendant in this case.  The superintendent has since been dismissed from the suit.