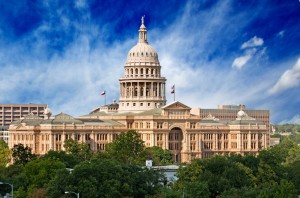 In March, the Texas Senate passed Senate Bill 6 which would require people to use bathrooms in schools, universities, and other governmental buildings that aligned with the gender on their birth certificate.  The bill passed after hours of debate.  Here are the highlights with respect to public schools:

Sponsored by Republican Senator Lois Kolkorst, the bill will next be considered by the state’s House of Representatives.  Read the text of Senate Bill 6.