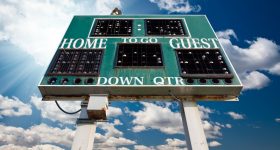 This week, in Martinez v. New Deal Independent School District, No. 19-50603, 2020 WL 536253, at *2 (5th Cir. Feb. 3, 2020), the Fifth Circuit Court of Appeals upheld the dismissal of an equal protection claim stemming from a student’s disqualification from sports based on a UIL rule violation.  Plaintiff Xavier Martinez filed suit under 42 U.S.C. § 1983 against New Deal Independent School District (New Deal ISD) on behalf of his son, N.M., alleging that the district denied him equal protection under the law.

The suit claimed that after N.M. transferred to a new school in New Deal ISD in the middle of his sophomore year, New Deal filled out a Previous Athletic Participation form (PAPF) for submission to the University Interscholastic League (UIL) stating its belief that N.M. was transferring to the school for athletic purposes.  The PAPF triggered a process that eventually resulted in N.M. being ineligible to participate in varsity sports at the school for one year.

The suit alleged that New Deal ISD did not do the same for two other similarly-situated students who had also transferred to the same school and, thus, the district violated N.M.’s rights under the Equal Protection Clause of the United States Constitution. The district court dismissed the suit for failure to state a claim. Martinez appealed to the Fifth Circuit Court of Appeals

To state a “class of one” claim under the Equal Protection Clause, the plaintiff must allege that: (1) the defendant intentionally treated plaintiff differently from others similarly-situated, and (2) the defendant lacked a rational basis for the difference in treatment.  Martinez maintained that N.M. was treated differently than the two other students and that no rational basis existed for the disparate treatment.

The Court first concluded that the other two students were not similarly-situated to N.M.  The Court observed that whether a person is similarly situated to others is “case-specific” and requires courts to consider the full variety of factors that an objectively reasonable decision-maker would have found relevant in making the challenged decision.

According to the Court, even if N.M. was similarly-situated to the other two students, Martinez failed to allege sufficient facts showing that New Deal had no “rational basis” for its differing action.  A rational basis for the school’s decision was its belief, based on its knowledge of N.M. and his circumstances, that he transferred for athletic purposes.  Even if erroneous, this belief would provide a rational basis for New Deal’s decision.  The court of appeals upheld the dismissal of the lawsuit.