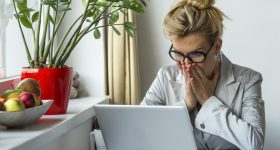 The restrictions were put in place after a series of contentious interactions with the father and disagreement over the decision to not provide his daughter an accommodation plan for anxiety under Section 504 of the Rehabilitation Act.  The number of email communications by the father exceeded the norm.  They were unproductive and the tone became increasingly intimidating to school personnel.

In response, the district developed a Communication Plan in which substantive communications with the district about his daughters’ education would be limited to bi-weekly, in-person meetings with two administrators.  The father was advised not to “email or attempt to communicate (in any form) with any District employees” aside from the bi-weekly meetings, “as they will not respond to [his] emails or attempts to communicate.”  The Communication Plan’s restrictions did not apply in the event of an emergency, did not affect the father’s right to appeal the decision regarding the Section 504 plan, and did not bar him from attending school activities or accessing school records.  The father was told that he had a right to challenge the Communication Plan by filing an appeal in state court.

The man’s suit alleged that the Communication Plan violated his First Amendment rights and amounted to retaliation under Section 504 of the Rehabilitation Act.  The trial court granted judgment in favor of the District and the parent appealed the ruling regarding the First Amendment claim.  The Ninth Circuit Court of Appeals affirmed.

According to the appeals court, the Communication Plan was a reasonable effort to manage a parent’s relentless and unproductive communications with district staff, and as such, it did not violate the father’s First Amendment rights even if it restricted his speech.  The appeals court observed that members of the public do not have a constitutional right to force the government to listen to their views.  In addition, the First Amendment does not compel the government to respond to speech directed toward it.

In this case, there was no restriction on the content or frequency of the parent’s speech.  Instead, the Communication Plan set limits on the amount of communications to which the District would respond.  The court of appeals concluded that the plan addressed the manner in which the father communicated with district staff, not the content of his speech or any viewpoints he wished to convey.  Consequently, the plan did not violate the father’s First Amendment rights.