The Texas Attorney General Calls for Religious Equality in the Use of a Frisco ISD Prayer Room; Frisco ISD Superintendent Responds 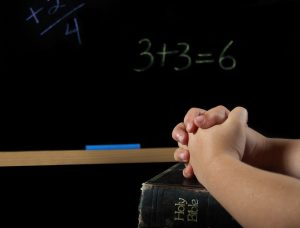 On Friday, March 17, 2017, Texas Attorney General Ken Paxton sent a letter to Frisco ISD Superintendent Jeremy Lyon, calling for religious equality in the use of a prayer room established in the district’s Liberty High School.  While lauding the school for establishing a prayer room “emblematic of our nation’s storied tradition of religious freedom,” the Attorney General raised concerns because the room is reportedly dedicated to the religious needs of only those students who practice Islam.  According to the Attorney General, the prayer room should be neutral toward religion and allow its use by students of all faiths.  Treating students differently based upon their religious beliefs “is irreconcilable with our nation’s enduring commitment to religious liberty,” wrote Mr. Paxton.  In light of these concerns, the Attorney General asked that Liberty High School’s prayer room be made accessible to students of all religious denominations, “consistent with the First Amendment’s protection of religious liberty.”

Dr. Lyon responded to the Attorney General’s letter, stating that the district has not experienced any issues and has received no complaints regarding use of the prayer room in the seven years the district has used it.  According to Dr. Lyon, the room was established to meet the requirements of the Texas Religious Freedom Restoration Act, which requires the district to accommodate students’ religious practices.  Dr. Lyon stated:  “The reason for the prayer room is to accommodate the practices of students who would otherwise miss two hours of class time to travel once a week to and from prayer.”  In addition, contrary to the Attorney General’s contention, other religious groups have also used the prayer room, wrote Dr. Lyon.  For example, the president of the school’s Bible study group used the room for a forum on religious diversity.  This was chronicled in an article cited by Dr. Lyon.