Although it was “disturbing”, the 15-year athletic director’s reassignment to a teacher position was permissible under his administrator contract 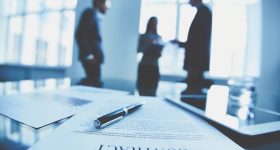 The Commissioner of Education recently found permissible the Caddo Mills ISD’s reassignment of its Athletic Director to a teaching position at the district’s alternative school.  Mr. Sumrow was employed by the district and held a two-year term contract for the 2018-2019 and 2019-2020 school years.  The contract was for a “Certified Administrator” and stated that Mr. Sumrow had to maintain certification required by the Texas Education Agency, the State Board for Educator Certification (SBEC), or the district throughout the term of his contract.  The contract also allowed the district to assign or reassign him at any time during the contract.

At the start of the 2018-2019 school year, Mr. Sumrow was an Athletic Director for the district. However, in January of 2019, he was reassigned to a teaching position at the district’s Disciplinary Alternative Education Center (DAEC).  His salary remained the same for that school year, but he was on notice that his salary following that would be commensurate with his assignment.  The DAEC teacher salary was $58,401, while the Athletic Director salary was $93,996.

Mr. Sumrow unsuccessfully grieved the reassignment and then filed an appeal with the Texas Commissioner of Education.  The main issue before the Commissioner was whether the reassignment in the middle of the first year of his two-year contract constituted a change in professional capacity in violation of Texas Education Code § 21.206(b) and/or a demotion in violation of his contract.

The Commissioner ultimately concluded that, although the district’s “abrupt change in its course of dealing with [Mr. Sumrow] was disturbing, the District was within its rights to enforce the contract as written.”  According to the Commissioner, Mr. Sumrow did not hold the appropriate certificate required by his contract.  In addition, he was not demoted because Mr. Sumrow did not suffer financial harm when he was reassigned and was given adequate notice of the reduction in salary for the following school year.