What “due process” was Required for the Termination of MS Superintendent? 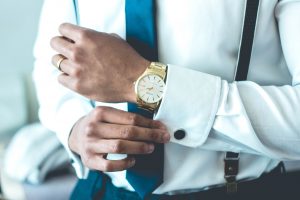 Greenwood Public School District (GPSD) in Mississippi hired Montrell Greene as superintendent in April 2013. Greene held a three-year term contract through June 2018, but was terminated effective January 4, 2016, after three members of the GPSD Board of Trustees called a special meeting and voted to terminate Greene’s employment. Greene was present at the meeting but was neither informed of the basis for his termination nor given an opportunity to address the Board. The following day, Greene received a letter from GPSD’s attorney stating that he had been terminated for cause.

Greene filed suit in federal court against GPSD and the Board members alleging federal and Mississippi state law claims, including a claim that Defendants violated the Due Process Clause of the Fourteenth Amendment by depriving him of his property interest in his job as superintendent without providing him a hearing or the opportunity to present a defense before the Board.  The defendants moved to dismiss and the trial court granted the motion. Greene appealed.

It was undisputed that Greene sufficiently alleged a property interest in his job and that Defendants’ termination of Greene constituted governmental action depriving him of that interest. The only issue on appeal was whether Greene adequately alleged that he was terminated without receiving “due process” under the Fourteenth Amendment.

What due process was required?  The court of appeals observed:

An essential principle of due process is that a deprivation of life, liberty, or property be preceded by notice and opportunity for hearing appropriate to the nature of the case. In the context of public employment, this principle requires some kind of a hearing prior to the discharge of an employee who has a constitutionally protected property interest in his employment. The formality and procedural requisites for a constitutionally-adequate pre-termination hearing can vary, depending upon the importance of the interests involved and the nature of the subsequent proceedings.  At a minimum, however, an employee facing termination must be given notice and an opportunity to respond before the termination takes effect. Taking the allegations in his complaint as true, Greene did not receive a pre-termination hearing of any sort. He has therefore adequately stated a procedural due process claim.

Second, although Mississippi law stated that a school superintendent terminated for cause did “not have the right to request a hearing before the school board or hearing officer,” the board still had the discretion to grant a hearing.  Moreover, the law had no effect on the viability of Greene’s federal due process claim. The appeals court stated: “The Fourteenth Amendment required Defendants to afford Greene a pre-termination hearing; a state law prohibiting such a hearing would not diminish Greene’s rights under federal law.”

This decision was based out of Mississippi and, therefore, implicated Mississippi education laws.  However, the lesson to be learned is that term-contract educators are entitled to notice and an opportunity for a hearing prior to termination under the Due Process Clause of the Fourteenth Amendment.  Chapter 21 of the Texas Education Code sets out all of the procedural requirements for term contract terminations in Texas.