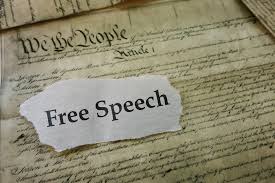 On behalf of A.C., their minor child, Warren D. and Paula M. Crozier sued A.C.’s teacher, her school, the Nebraska school district, and three administrators for allegedly violating A.C.’s rights under the First Amendment and the Equal Protection Clause.

The suit alleged that a teacher assigned A.C.’s eighth-grade class to watch a video about athletes kneeling during the national anthem. In that context, during a “critical thinking” discussion, the teacher called on A.C. to share her ideas and A.C. expressed her view that “kneeling was disrespectful to law enforcement and military, and questioned that this violence could have stemmed from music lyrics that said such things as ‘F-the Police, and the use of the N-word.’” She did not say the actual N-word.

To explain further, A.C. shared an example from the previous school year when she overheard a conversation between two seventh-grade students, one black and one white; the white student asked why he couldn’t say the “N-word” when the black student could. The teacher then interrupted A.C. and directed her to stop speaking. The Croziers allege that if A.C. had been permitted to finish, she would have expressed her view that no one should use the “N-word.”

The next day, A.C. stayed home sick, and the teacher allegedly told students that A.C. was a racist and implied A.C. had been suspended. The suit claims A.C. was taunted by other students and feared for her safety. The parents eventually moved A.C. out of the school and filed suit on her behalf without the assistance of legal counsel.

The court ruled that the parents, who were unable to obtain legal counsel, could not act as A.C.’s attorneys. The court dismissed the action.  The Croziers could either refile the suit with counsel, or if they could not find counsel, they could refile and request a court-appointed lawyer.

Still unable to obtain an attorney, the parents refiled the lawsuit, requesting court-appointed counsel. The district court denied the motion for counsel and dismissed the suit.  The court reasoned that the Croziers were unlikely to prevail on their claims, including the core claim that the teacher violated A.C.’s right to freedom of speech by retaliating against her. The parents appealed to the Eighth Circuit Court of Appeals.

The court of appeals observed that schools may exercise editorial control over the style and content of student speech when the public might reasonably perceive the speech to bear the imprimatur of the school, and control is reasonably related to legitimate pedagogical concerns. But the extent to which teachers may control student speech in the classroom is an open issue.  Moreover, students cannot be punished merely for expressing their personal views on the school premises — whether in the cafeteria, or on the playing field, or on the campus during the authorized hours.

The allegation here is that a public school teacher retaliated against a student merely for expressing her personal views when called upon to speak in a classroom. The complaint asserted that the teacher defamed the student by falsely labeling her as a racist who uses the “N-word.” A retaliation claim requires proof that the teacher’s action would deter “a person of ordinary firmness” from continuing to speak.  According to the appeals court, “the stress, anxiety, and ostracization arising from a teacher’s false attribution of racist utterances to a middle-schooler might fit the bill.”

At this early stage of the litigation, the parties had not fully briefed the First Amendment arguments because the case was dismissed after the trial court declined to appoint the parents legal counsel and they could not represent the child’s interests as her parents. The court of appeals ruled the dismissal premature.

While the court did not express a view on whether the claim ultimately would be successful, the court stated that “the core allegation of First Amendment retaliation is a serious claim on which the plaintiffs and the court would benefit from the assistance of counsel, especially when the case otherwise cannot proceed to a timely decision on the merits.”  The court of appeals reversed the dismissal and returned the case to the trial court with directions to act on the request for counsel.  The case is Crozier for A.C. v. Westside Cmty. Sch. Dist., No. 19-1312, 2020 WL 5223512 (8th Cir. Sept. 2, 2020).