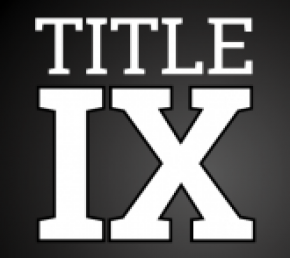 B.L. and her legal guardian Sonya Brend brought suit under Title IX, claiming that, as a seventh grade student (1) she was subjected to the predominately male-on-female student traditions of “Slap Butt Friday” and “Titty Twister Thursday;” (2) in November, two male students wrote her an inappropriate note that they wanted to grab her “booty cheeks;” (3) one of the authors of the note also called her a “slut,” grabbed her by the hips and slammed his groin into her, and publicly announced that “If you want to have sex with B.L., she’ll do it;” and (4) she was called a “snitch” and a “hoe” by other female students.

The school filed a motion requesting judgment in its favor prior to trial.  The trial court granted the motion and the family appealed to the Fifth Circuit Court of Appeals.  The appeals court observed that a school district that receives federal funds may be liable for student-on-student sexual harassment only if, among other things, the district’s response to known harassment was clearly unreasonable under the circumstances (also referred to as deliberate indifference).  Neither negligence nor mere unreasonableness is enough to prove that the district acted with deliberate indifference to the student’s allegations.

According to the Court, there was no evidence that CCISD was deliberately indifferent. The record showed that the assistant principal was made aware of “Slap Butt Friday” after B.L. was involved in an altercation with another female student. While investigating the incident, the AP learned that B.L. herself had been “running around slapping everyone on the butt in the locker room” that day and the previous Friday. The principal informed Ms. Brend of B.L.’s conduct and encouraged B.L. to report any future instances of “Slap Butt Friday.”

About a week later, Ms. Brend told the school district that she planned to meet with a lawyer to discuss B.L.’s harassment. The assistant principal promptly questioned each of B.L.’s teachers, but none were aware of any harassment. She also attempted to contact Brend, but did not hear back.

When B.L. subsequently reported a specific instance of “Slap Butt Friday”, the male student involved was issued a written warning. Finally, after the note incident and B.L.’s allegations of name-calling, the CCISD’s Deputy Superintendent of Operations and Support assigned another Assistant Principal to investigate.

Several students were interviewed, and a student was ultimately given detention, instructions to “stay away from [B.L.] and not talk to her,” and a warning that future harassment would come with further disciplinary action. Lastly, the students’ teachers were advised to be “extra vigilant.” B.L. made no further reports of sexual harassment before she withdrew from the school.

The court of appeals affirmed the judgment in favor of the school district, stating that school districts enjoy flexibility in responding to student-on-student harassment. In this case, CCISD investigated B.L.’s allegations and imposed discipline when they were substantiated. According to the appeals court, “[C]ourts should refrain from second-guessing the disciplinary decisions made by school administrators.” Because CCISD did not respond in a way that was clearly unreasonable to B.L.’s reported harassment, the judgment for CCISD was affirmed.