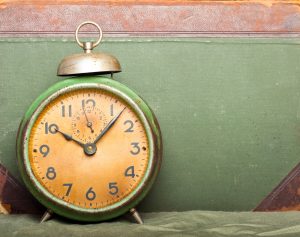 A Dallas federal court on May 18, 2017, held that the student who was suspended for bringing a suspicious clock to school failed to state viable claims against the Irving Independent School District, Principal Daniel Cummings, and the City of Irving.   The case, A.M. v. Irving Independent School District, garnered a lot of nationwide publicity following the student’s suspension.  Mohamed Elhassan Mohamed, the parent of A.M., who the media named “Clock Boy”, filed suit stemming from A.M.’s September 14, 2015 arrest and three-day suspension from McArthur High School after he brought to school a homemade contraption containing wires and batteries that made a beeping sound.

The suit alleged that both the District and Principal Cummings violated A.M.’s Fourteenth Amendment constitutional right to equal protection of the laws when Principal Cummings imposed a three-day suspension from school to discipline A.M. after he brought the device to school. In addition to his constitutional claims against the District and Principal Cummings, the suit alleged that the District violated Title VI of the Civil Rights Act of 1964, by discriminating against him on the basis of his race and religion.  The suit also claimed the City violated A.M.’s rights under the Fourth and Fifth Amendments to the Constitution in connection with his interrogation and arrest by police officers employed by the City.

The District, Cummings, and the City each filed a motion requesting dismissal of the suit, arguing that even accepting the allegations as stated in the lawsuit as true, they did not allege viable claims against them.  The Court agreed.

The Court also granted qualified immunity to Principal Cummings.  The Court observed that qualified immunity is reserved to “all but the plainly incompetent or those who knowingly violate the law.”  The suit alleged that Principal Cummings violated the student’s Equal Protection rights by disciplining him on the basis of his race and Islamic religion.  However, the suit did not adequately allege facts showing that the principal’s actions were motivated by the student’s race or religion.  Moreover, the principal acted in an objectively reasonable manner in suspending the student for bringing to school the homemade contraption containing wires and batteries and suspected it to be a bomb.  Thus, the principal was entitled to qualified immunity.

The suit also alleged violations under Title VI, which prohibits discrimination on the basis of race, color or national origin in any program or activity receiving federal financial assistance.  The suit simply failed to allege any facts suggesting that the principal treated the student differently than other similarly-situated students based on his race, as required to state a Title VI race discrimination cause of action.  While the lawsuit was deficient in many respects, Courts often give parties an opportunity to amend the suit before a final dismissal.  The Court, therefore, granted A.M.’s parent a chance to restate their claims.  The case is not over.  Stay tuned.