The Disabled Student Failed To Prove Discrimination By The District 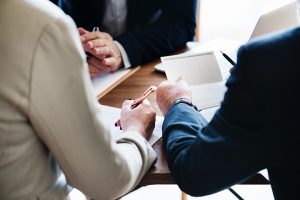 When T.R. was a baby, he sustained massive brain damage from a tainted vaccine. Over a decade later, his guardian and trustee sued Keller Independent School District, where he was enrolled, for discrimination in violation of the Americans with Disabilities Act (“ADA”) and the Rehabilitation Act.  The suit alleged T.R. was subjected to a number of instances of abuse by his long-time classroom teacher.

Despite a jury verdict in favor of T.R., the district court granted judgment in favor of Keller ISD after finding that the evidence did not show intentional discrimination. T.R.’s guardian and trustee appealed, arguing that there was sufficient evidence presented at trial to support the jury’s verdict.

The parent claimed that the district had actual knowledge of abuse but the evidence did not support that assertion.  Although a classroom aide expressed concerns over the teacher’s handling of T.R., those concerns were over roughness but not intentional abuse and the aide admitted that she did not believe the teacher injured T.R. or ever intended to.  According to the appeals court, the aide’s report was not sufficient to prove the district’s actual knowledge of abuse or that any mistreatment was so severe, pervasive, and objectively offensive that it effectively deprived T.R. of education programs, services, or activities provided by Keller ISD.

The record also showed that when concerns were raised by the teacher’s aide, the school principal questioned T.R.’s therapist, questioned the teacher and instructed the teacher not to be so rough, documented what occurred, and continued to monitor T.R. in the classroom.  The evidence was insufficient to prove that district officials acted with deliberate indifference. The evidence also revealed that Child Protective Services investigated claims of abuse but cleared the teacher of any wrongdoing. Because the plaintiffs failed to establish actual knowledge, the denial of educational benefits, or deliberate indifference on the part of the District, the Fifth Circuit upheld the judgment in favor of Keller ISD.