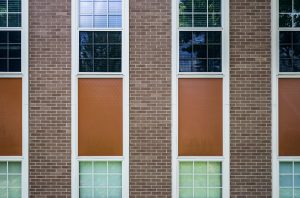 In Ayala v. Houston ISD, No. CV H-16-2503, 2018 WL 496898, at *1–2 (S.D. Tex. Jan. 22, 2018), a federal district court weighed in on whether the Houston ISD and several school officials violated federal anti-discrimination laws with respect to a student who claims she was sexually harassed by another student. This case serves as an example of how school officials can respond to allegations of harassment, even when they are undecided on whether the students’ conduct is consensual.

I.L. was a student at the High School of the Performing and Visual Arts (“HSPVA”) in the Houston Independent School District. I.L. alleged that one morning while on campus for a program for incoming students, another student, S.S., placed his hand inside her pants when the two students were alone in a practice room. S.S. and I.L. were part of the same group of friends at school, and they had been exchanging text messages over the summer, with I.L. initially expressing an interest in becoming S.S.’s girlfriend. I.L. later sent a text message to S.S. stating that she did not want anyone in her life at that time, and S.S. responded “fine.”

The following day, another HSPVA student informed HSPVA school counselor, Travis Springfield, that I.L. was crying in a restroom. After speaking with I.L., Springfield informed HSPVA Principal Robert Allen and HSPVA Assistant Principal Mercy Alonso-Rodriguez of the incident involving I.L. and S.S. Allen instructed Springfield to obtain a written statement from I.L. After I.L. completed her handwritten statement, Springfield asked I.L. if she and S.S. had any history together. I.L. informed Springfield that the two students had exchanged text messages over the summer, and Springfield reviewed the messages. Springfield telephoned I.L.’s parents and left a voicemail message for each of them. Both parents arrived at the school, where they spoke with HISD police officers.

Meanwhile, Rodriguez questioned S.S. in Allen’s presence until HISD police officers arrived and began questioning S.S. Rodriguez telephoned S.S.’s mother and asked her to come to the school. Rodriguez then spoke with I.L., who was in the nurse’s office at the school.

Allen, Rodriguez, and Springfield conferred and exchanged information. The text messages between I.L. and S.S., and a security video of the hallways outside the practice room where the encounter occurred, caused some uncertainty regarding whether the encounter had been consensual. As a result, it was decided to wait for the HISD police officers to complete their investigation before finalizing an appropriate disciplinary response.

Although they were undecided regarding the appropriate discipline, the HSPVA officials believed there had been an encounter between the students and, therefore, wanted to keep I.L and S.S. apart during the investigation. Allen and Rodriguez met with Assistant Principal Larry Trout on Monday, August 18, 2014, and asked him to ensure that S.S. had no contact with I.L. Trout spoke with S.S. that same day and instructed him to have no contact whatsoever with I.L. Trout instructed S.S. that if he saw I.L. in the hallway, he should turn and go in the opposite direction. Trout instructed S.S. that he was not to be alone at any time with I.L. and that if he was in a room and I.L. entered, he was to leave the room immediately. Trout also explained these instructions to S.S.’s mother.

Throughout the first semester of the 2014-15 school year, Trout would seek out S.S. at lunch, in the hallway, or after school to verify that he was following HSPVA’s rule that S.S. avoid all contact with I.L. Trout also met with S.S. approximately once per month to question him about any contact with I.L. Trout did not observe or hear about any contact between the two students.

Also during the fall semester, Rodriguez informed I.L. that she was available any time I.L. wanted or needed to talk. Whenever Rodriguez saw I.L. in the school hallway, she would ask I.L. how she was doing and I.L. always responded that she was fine. Springfield worked with I.L.’s parents during the fall semester regarding I.L.’s academic and attendance issues. At one point, I.L. informed Springfield that she had seen S.S. in the hallway and found it upsetting. She stated that there had been no contact, only that she had seen him. Springfield told I.L. that she could come to him any time that she felt upset.

I.L. continued to suffer depression, anxiety, and epileptic seizures throughout the 2014-15 school year. On March 2, 2015, I.L.’s request for a transfer was granted, and I.L. began attending classes at Lamar High School.

The parents, on behalf of I.L., filed suit against the District, Peters, Fuentes, and Allen. After the plaintiffs filed multiple amended complaints and the Court ruled on two motions to dismiss, the only remaining claims are a Title IX discrimination claim against HISD and an equal protection claim under 42 U.S.C. § 1983 against the school officials. The parents complained that HISD failed to conduct a proper investigation, and that no action was taken by HSPVA or HISD to “eliminate the hostile environment in which I.L. [then] found herself, to prevent its recurrence, or to address its effects.”

The District and its officials filed a motion requesting pretrial judgment, and the trial court granted the motion. The court observed that, for a school district to be liable under Title IX, its response to student-on-student harassment must be “clearly unreasonable in light of the known circumstances.” Neither negligence nor mere unreasonableness is enough. In addition, a school district is not required to remedy the harassment or accede to a parent’s remedial demands. The parents did not meet this burden of proof. The record showed, instead, that the District conducted an investigation that was not clearly unreasonable and undertook steps to prevent contact between I.L. and S.S. In addition, the parents failed to show that the individual school defendants acted with discriminatory intent in the manner in which they handled the incident with I.L. and S.S.

The District and school officials were able to avoid liability in this case by conducting a prompt and thorough investigation, reviewing video surveillance, engaging law enforcement, contacting both sets of parents, and implementing measures to keep the students separated, even while the investigation was underway. Also critically important were the steps they took to follow up that those measures were effective. Had school officials failed to follow up with the two students through the course of the school year, the outcome may have been different. Time is of the essence in these situations. To ensure student safety and avoid liability, officials should take prompt and thorough action when allegations of harassment and bullying first arise.