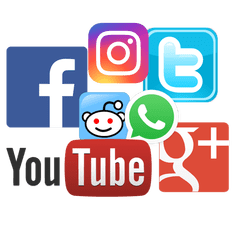 When I went to my very first new teacher orientation training in 2003, the assistant principal running the show advised all of us rookies to be careful when drinking adult beverages in restaurants.  It’s just awkward to run into a kid and their family with a beer in your hand, he explained.  This advice startled me at the time, though it did make sense and has obviously stuck with me.

In some parts of Texas, school districts’ advice to teachers regarding their off-campus behavior has evolved far beyond what not to order when going out for dinner.  Austin ISD, for example, will begin screening all employees’ public social media accounts for inappropriate content.  This is to ensure that school personnel are setting a good example for students and living up to the role model status that is bestowed upon the public educator.

A company from California (Social Intelligence) has been hired by the district for $1.8 million to screen employees’ social media accounts as far back as seven years.  Important to note is that the company is also looking for posts that are created by other users through shares or tags and not just original content posted by the employee.  Basically, if it’s on an employee’s public profile page, then it needs to meet certain standards.  Anything illegal, violent, racist, bigoted, discriminatory, or sexually explicit in nature will be flagged as inappropriate content.  If anything on an employee’s social media is found to be inappropriate, they will be contacted by supervisors.  If a post appears to disrupt an employee’s effectiveness in their duties with the district, human resources will get in on the conversation.  Finally, an employee whose social media is determined to be in violation of the district’s ethical policies will be fired.

The district has stated that they aren’t looking to discipline staff or terminate personnel.  They will simply ask that a post be deleted unless it appears that harm might come to students because of the social media content.

On the one hand, this is a progressive step forward to ensure that all employees who represent a large, urban school district and work with our children are of high moral caliber.  Of course we all want that.  However, this may be a hard sell for some.  Not everyone wants to be policed, especially for the price of $1.8 million.  And though no on wants to be mistaken for supporting unwholesome content, we imagine there might be some first amendment implications that will surely come up.  This all seems very messy because it’s dealing with subjective grey areas of human expression through which people are easily and often misunderstood.  How do you think this will affect your districts, teachers and students?  Will students’ social media be next?