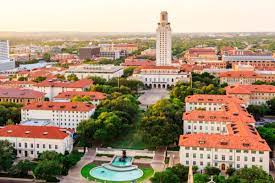 Students for Fair Admissions, Inc. (SFFA), a nonprofit organization committed to ending race discrimination in higher-education admissions, sued the University of Texas at Austin (UT) over its use of race in admitting students. The district court concluded SFFA had standing but dismissed its claims as barred, reasoning that SFFA’s claims were already litigated in a prior challenge to UT’s admissions policies.

SFFA appealed and the Fifth Circuit Court of Appeals determined that SFFA had standing, but disagreed that the claims were barred.  Under the claim preclusion doctrine of res judicata, claims that have been or should have been raised in an earlier suit are barred. To establish claim preclusion, the record has to show (1) the parties are identical or in privity; (2) the judgment in the prior action was rendered by a court of competent jurisdiction; (3) the prior action was concluded by a final judgment on the merits; and (4) the same claim or cause of action was involved in both actions.  In this appeal, the second and third elements were not in dispute.

UT argued that claim preclusion applied because the same parties had previously filed suit against the university, challenging its admissions standards. The suit was Fisher v. University of Texas, brought by Abigail Fisher in 2008. In 2016, the Supreme Court rejected Fisher’s claims and held that UT’s admissions practices, as of 2008, satisfied constitutional standards.

In 2014, SFFA was formed, and its board included Fisher, Fisher’s father, and a family friend who assisted Fisher in the prior litigation. In July 2020, SFFA sued UT, claiming the use of race in its admissions policy violates the Fourteenth Amendment and other federal anti-discrimination laws. The trial court dismissed the suit finding that the parties in the current suit are identical or in privity and the causes of action in the two cases are the same.

The Fifth Circuit disagreed.  According to the court, the parties here are not identical to or in privity with those in Fisher in that SFFA was the plaintiff in this case and not Fisher in her individual capacity. In addition, this case presents different claims than those raised in the prior litigation. The claims are “not related in time and space.” SFFA challenges admissions standards used in 2018 and 2019, whereas Fisher’s claims involved admissions policies in 2008.

The Fifth Circuit also found the relief sought differed in each case. In the 2008 suit the plaintiffs sought damages for injuries they suffered, whereas SFFA seeks relief that would allow the plaintiffs to apply for admissions under a race-neutral policy.  The appeals court reversed the district court’s judgment in UT’s favor and returned the case to the trial court for further proceedings.