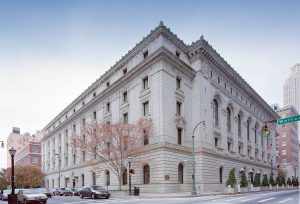 A federal appeals court in Florida considered a suit involving a student’s allegations of excessive force by a school resource officer. The trial court dismissed the suit against the officer, finding that he was entitled to immunity.  An appeal was sought on behalf of the student and the Court of Appeals for the Eleventh Circuit reversed as to excessive force allegations.

The record showed that the seventh-grade student and his mother had an altercation after the student refused to remove his hoodie. The resource officer responded and after speaking to the student for a brief period, allegedly threw him to the ground using an “armbar” technique. The officer pinned the student to the ground for several minutes before walking away.  The incident was captured on video.

Allegations of excessive force under the Fourth Amendment require courts to balance the nature and quality of the intrusion on the individual against the government justification for using force. Factors include (1) the severity of the crime at issue, (2) whether the suspect poses an immediate threat to the safety of the officers or others, and (3) whether the suspect is actively resisting arrest or attempting to evade arrest. Courts also consider the justification for the application of force, the relationship between the justification and the amount of force used, and the extent of any injury inflicted.

In this case, the court found no law enforcement justification for the force used. The crime at issue was at most a misdemeanor battery, and the student did not pose a threat or try to flee. There was no evidence that the student refused a lawful command.

The right to be free from excessive force is a clearly established constitutional right. According to the court, a reasonable jury could find that the officer acted maliciously, in bad faith, or with wanton and willful disregard of the student’s rights. The officer was not entitled to qualified immunity and dismissal was improper.