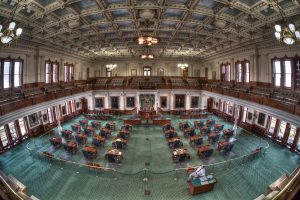 Texas lawmakers have ended their 85th legislative session, yet the fate of some controversial bills still hang in the air, leading many to speculate that Gov. Greg Abbott will call the Legislature back for a special session. He is expected to make an announcement regarding that later this week.

One bill that could prompt a special session is SB 2078, better known as the “Bathroom Bill”, which seeks to bar transgendered people from using public restrooms across the state in accordance with their gender identity. While the bill was hotly debated throughout the legislative session, lawmakers remained in a stalemate at the end of session and the bill failed to pass. Lt. Governor Dan Patrick has urged Gov. Abbott to call a special session to resolve the issue.

Another bill that failed to pass is SB 3, the “Private School Choice Bill”, which would provide public subsidies to families choosing to send their children to private school or to homeschool them. Passed by the Senate, the bill failed to make it out of the House.

Abbott already signed the controversial SB 4 into law, which effectively bans “sanctuary” jurisdictions in the State of Texas and allows police officers to ask detainees to provide information regarding their immigration status.

Bills awaiting Abbott’s signature include House Bill 22, which endorses the existing A-F grading system for public schools, but includes changes to the original bill that seek to grade schools on a wider spectrum, taking into account student achievement, student progress, and closing the gaps, according to the Texas Tribune.

For a full status list of this session’s major bills, please visit the Texas Tribune.