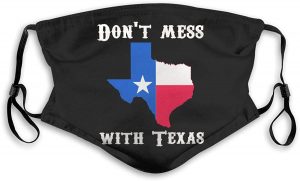 There were several new developments this week in the Mask Wars raging throughout Texas schools.

The group’s argument is that by prohibiting districts from requiring masks, students with disabilities or serious medical conditions are unable to return to school safely for in-person instruction.  Lawmakers have not passed legislation to fund virtual learning in school this fall, so many districts were forced to change course and are not offering virtual learning.  Some districts, however, have launched limited or partial online learning programs since the onset of the Delta spike despite the lack of funding.  But even in districts where virtual learning is available, it cannot offer the socialization or the same high-quality instruction that kids need (especially after significant COVID learning loss), much less any targeted special services like occupational therapy or counseling.

Notably, since this lawsuit was filed, TEA now says it cannot enforce the governor’s mask mandate ban (or make any comments regarding this issue) while current litigation is pending.

Paris ISD got creative and did some clever thinking, finding an apparent loophole to the governor’s order by utilizing the district dress code to require masks. No short shorts, bare shoulders, or bare faces, kids.  Seriously, though, this move is pretty shrewd and perhaps other districts will follow suit, though they can just as easily prohibit masks.

Teachers are now being assaulted and yelled at by irate parents. A Meet the Teacher event at an elementary school in Eanes ISD got a little rough when a parent ripped the mask off a teacher’s face, claiming that she could not hear what the teacher was saying.  Currently, the teacher is not pressing charges against the parent.  Another teacher at the same campus was verbally assaulted for the same reason, though I think strong words and unkind sentiments are flying in all directions and from all sides across Texas as this issue continues to roil communities who disagree on masking.

There’s a lot of disagreement right now between the two sides of masking, and a middle ground is non-existent so far.  Regardless of how this plays out in the coming days and weeks, we must remember that we all want the same thing for our kids: health, safety, a good education, and love.  Let’s try to keep that in mind as this battle continues.