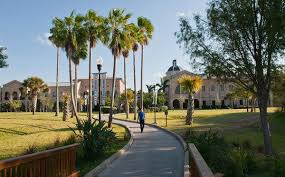 A former dean of Texas Southmost College sued the College under Title VII, alleging racial discrimination, hostile work environment, and retaliation after he was placed on administrative leave and the College declined to renew his contract. The district court granted summary judgment for the College on all counts and the man appealed.

It is illegal under Title VII for an employer to discharge an employee because of race, color, religion, sex, or national origin.  However, in this suit, the dean was unable to point to evidence supporting his claims. Instead, the record showed that within months of being hired by Texas Southmost College as a dean for the 2016-17 school year, nine students and employees filed complaints documenting instances of unprofessional behavior and harassment.

It was alleged that the dean told one female student her voice was “sexy,” placed his hand on her shoulder, and asked her on a date. He searched the Internet about a professor, then asked if she had a boyfriend and told her he was looking for a Latina woman. He threatened to “call immigration” on a fellow employee. These are on top of staff complaints about the dean’s intimidating and unprofessional conduct.

The trial court had concluded that the dean offered no evidence other than conclusory statements that the evidence was fabricated. The appeals court agreed.  After reviewing the record on appeal, the Fifth Circuit determined that the College was “well justified” to place the dean on administrative leave and decline his contract.  The Fifth Circuit affirmed the judgment in favor of the College.  Affiah v. Texas Southmost College, No. 20-40045, 2020 WL 6553790 (5th Cir. Nov. 6, 2020).