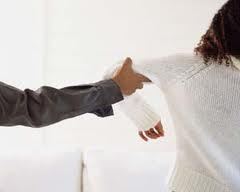 The student’s lawsuit alleged injuries sustained after a band teacher grabbed his arm while attempting to discipline the student.  The trial court dismissed federal constitutional claims brought under the Fourteenth and Fourth Amendments.

Fourteenth Amendment due process claims may be premised on a student’s liberty interest in their bodily integrity.  Physical abuse by a school employee may violate that right.  Procedural due process is satisfied when the state provides adequate post-deprivation remedies.  And when state law provides such adequate procedural remedies, student discipline, even if excessive, will not give rise to a Fourteenth Amendment due process claim based on a liberty interest in bodily integrity.  Since Texas provides remedies through the Texas Education Code and Texas Penal Code prohibiting excessive corporal punishment, the student’s allegations did not state a valid Fourteenth Amendment claim.

The Fourth Amendment protects against unreasonable searches and seizures and can apply in the school context.  The Fifth Circuit, which has jurisdiction over Texas, has declined to recognize a Fourth Amendment violation in the corporal punishment context on facts far more egregious than those presented in this case.