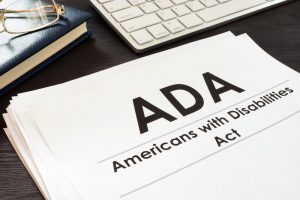 This case out of Mississippi does not involve a school district, but the same analysis applies in a school context when an employee fails to demonstrate fitness to return to work following medical leave. The former City of Jackson Police Department Police Lieutenant was involved in an officer-involved shooting and placed on administrative leave with pay pending an internal departmental investigation. A psychological evaluation concluded that the lieutenant was not fit to return to duty and recommended that he receive counseling from a psychologist due to him showing signs of Post-Traumatic Stress Disorder (PTSD).

After the lieutenant was on leave for more than a year, the city informed him that his administrative leave with pay was ending. Because the city had received no documentation clearing the man to return to work, the letter also informed him that he could utilize any accrued time until he could provide a statement from a healthcare provider indicating that he could return to work. After exhausting all of his sick and vacation time, the lieutenant applied for leave under the Family and Medical Leave Act (FMLA), which was granted to him.

When FMLA leave expired, the city informed the officer that he was scheduled to return to work June 28, 2016, and asked that he provide a signed release from a healthcare provider. When the officer reported to duty, he failed to provide any documentation from a healthcare provider regarding his fitness to return to work or that he could perform the job with specific accommodations.  As a result, the city terminated him.

The officer appealed the termination of his employment and an agreement was reached that he would retire.  The man, nevertheless, filed suit against the city under the Americans with Disabilities Act (ADA).  Under the ADA, it is unlawful for an employer to discriminate against a qualified individual on the basis of disability.  An employer is required to make reasonable accommodations to the known physical or mental limitations of an otherwise qualified individual with a disability. The district court granted judgment in favor of the city, concluding that the evidence was insufficient to show that the officer was qualified to serve as a police lieutenant and, therefore, he could not make out an ADA claim.  The officer appealed.

Generally, when an employee informs their employer of a medical condition, the employer and the employee must engage in an interactive process to determine whether the employee can perform the essential functions of the job with or without accommodations and determine whether accommodations are available. The employee is equally responsible for engaging in the interactive process.  For example, when an employee has been on leave for medical reasons, they can be asked to provide medical documentation verifying their fitness to return to work.  Without that, in this particular case, the employer was justified in taking employment action against the employee.  These cases are very fact-specific.  If your school district is faced with a similar situation, contact legal counsel to help you navigate the interactive process with the employee and ensure that ADA requirements are met.  The case is Felton v. City of Jackson, Mississippi, No. 19-60563, 2020 WL 97610 (5th Cir. Jan. 8, 2020).