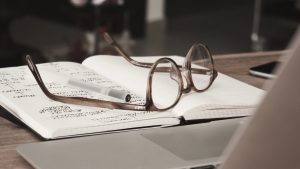 Joann Howard, a former second grade teacher at a Louisiana elementary school, provided school officials a physician’s statement that diagnosed her with major depressive illness and anxiety disorders. The school board approved a medical sabbatical leave for the fall semester, and that leave was extended to the spring semester.  The following summer, Howard failed to submit an intent to return form, provide the school board with a medical clearance, and respond to her principal’s query about her intent to return to work. The school board terminated Howard.

After her termination, Howard brought suit, alleging violations under Title VII of the Civil Rights Act of 1964, Title I of the Civil Rights Act of 1991, and the American with Disabilities Act.  Howard alleged that the school board discriminated against her on the basis of her race, that she was subjected to a hostile work environment causing her medical condition, and that she was retaliated against for taking leave and filing a complaint with the Equal Employment Opportunity Commission (“EEOC”).

The school board defendants filed a motion requesting judgment in their favor prior to trial. The trial court granted the motion, concluding that Howard had failed prove discrimination on the part of the board.

The ADA prohibits an employer from discriminating against a “qualified individual with a disability on the basis of that disability.”  To defeat the school board’s motion, Howard first had to prove: (1) that she had a disability; (2) that she was qualified for the job; and (3) that she was subjected to an adverse employment decision on account of her disability.  Following that, the burden shifts to the school board to articulate a legitimate, nondiscriminatory reason for terminating Howard. Finally, if the school board meets its burden, the burden shifts back to Howard to prove that defendant’s non-discriminatory reason for termination is pretextual.

The school board argued that Howard was not able to meet her initial burden of proof because she was not qualified for the position. To prove she was qualified, Howard had to show that either (1) she could perform the essential functions of the job in spite of her disability, or, if she could not, (2) that a reasonable accommodation of her disability would have enabled her to perform the essential functions of the job.

Howard failed to produce evidence showing that she could perform the essential functions of the job in spite of her disability.  The record also showed that Howard never sought any accommodations and, therefore, she could not establish that she was qualified on that basis.

The record showed that Howard failed to follow through with the requirements for her return to work, such as schedule a follow-up psychiatric examination and fill out a simple intent-to-return-to-work form.  According to the Court, this rendered her qualifications for the job “highly debatable.”

In addition, the “insurmountable evidence” revealed that she was not terminated because she was not qualified but because she failed to return to work without communicating with the appropriate people in the school board. The trial court stated:

Congress never intended Title VII or the ADA to be a panacea that allows parties allegedly aggrieved in their workplace to don their Sunday best and hightail it to a federal courthouse shouting the talismanic phrases “discrimination,” “retaliation,” “sex,” “gender,” “race,” “national origin,” “age,” or “disability.” Title VII was passed to protect aggrieved persons from actual and legitimate discriminatory conduct in the workplace, not to protect the lackadaisical nature of those who fail to perform the responsibilities required of them at their workplace. It is clear from the record and the evidence before it now that the School Board terminated plaintiff for her own failure to follow up on her responsibilities to return to work. Plaintiff’s failure to perform these duties rests squarely on her shoulders, and her shoulders alone. Title VII should never have been invoked here.