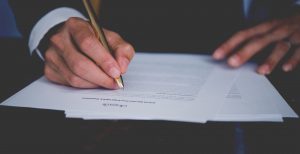 In I. L. v. Houston Indep. Sch. Dist., No. 18-20113, 2019 WL 2591696 (5th Cir. June 24, 2019), the Fifth Circuit Court of Appeals upheld the pretrial dismissal of a peer harassment Title IX case brought against the Houston Independent School District (“HISD”).  I.L. was a new, incoming student when she experienced an incident of unwanted sexual contact with an older student, S.S., on the premises of Houston’s High School for the Performing and Visual Arts (“HSPVA”) during school hours. Prior to this, the students had communicated via text message and some of those messages were graphic.  I.L., however, had declined S.S.’s request for a romantic relationship. After the alleged assault, I.L. was found crying uncontrollably in a restroom by her friend and was escorted to the counselor’s office. There, she completed a handwritten statement. Both parents were called and school administrators questioned S.S. until police arrived.

After this was reported, HISD performed an immediate internal investigation, while turning over a potential criminal investigation to the district’s police department. HISD also placed a strict no-contact order on the male student that was largely successful in preventing all contact between him and the victim and prevented any further sexual harassment.  Even with that order, the students bumped into each other on at least one occasion in a school stairwell. I.L. complained that she continued to see S.S. in the hallway and at lunch and I.L.’s parents complained that I.L. was uncomfortable at school. I.L. transferred to another school during the second semester of the school year.

The parents sued HISD claiming gender discrimination under Title IX. The district court entered judgment in favor of HISD.  The court found that the restrictions imposed on S.S. were “significant” and “successful in preventing all but isolated encounters between the two students” and thus were not clearly unreasonable as a matter of law.

On appeal, Plaintiffs faulted the school’s response in five ways: (1) failing to immediately discipline S.S.; (2) waiting on the HISD police report; (3) failing to report the sexual assault to Texas Child Protective Services (“CPS”); (4) ignoring I.L.’s physical and mental symptoms; and (5) ignoring I.L.’s parent’s requests. Taken together, they argued, these failures demonstrate that HISD had knowledge of the harassment, was deliberately indifferent to I.L.’s needs, and denied I.L. the benefits of her education in violation of Title IX. HISD responded that there was insufficient evidence to establish that (1) the district had any actual knowledge of problems between I.L. and S.S. preceding the sexual assault or any ongoing sexual harassment of I.L. by S.S., or (2) HISD’s actions were deliberately indifferent.  The appeals court agreed.

Title IX provides that “no person in the United States shall, on the basis of sex, be excluded from participation in, be denied the benefits of, or be subjected to discrimination under any education program or activity receiving federal financial assistance.”

According to the appeals court, the parents’ evidence and arguments did not support a Title IX claim because HISD’s response was not clearly unreasonable as a matter of law.  The school immediately investigated the sexual assault and implemented remedial measures that were almost entirely successful in eliminating contact between the students and prevented future sexual contact or harassment. Even if the school’s investigative and disciplinary response could have been better, neither “negligence nor mere unreasonableness is enough” to support a Title IX deliberate indifference claim.