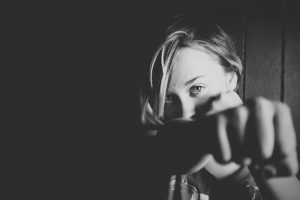 Sexual harassment of students, whether it be by an employee or another student, is prohibited under Title IX of the Education Amendments of 1972.  Title IX states that “[n]o person in the United States shall, on the basis of sex, be excluded from participation in, be denied the benefits of, or be subjected to discrimination under any education program or activity receiving Federal financial assistance.”

In I.F. v. Lewisville ISD, a published decision out of the Fifth Circuit, the parent of a student sued the school district for peer sexual harassment and bullying under Title IX.  The harassment first arose from an off-campus party in which the student claimed she was sexually assaulted by two other students. The alleged perpetrators maintained that the encounter was consensual.  The female student then alleged ongoing bullying and harassment in the weeks following, including name-calling, Twitter posts, retweets, and harassing Instagram posts by fellow students.

The school district requested judgment in its favor prior to trial and the court granted the request.  According to the court, the evidence was insufficient to raise a genuine issue of material fact to show that the district was deliberately indifferent to the alleged sexual assault or the bullying following that incident.

The district’s responses to the bullying and cyberbullying complaints were reasonable as well. At one point the district interviewed nineteen students.  One of the allegations resulted in the suspension of one student who admitted to creating harassing Instagram posts. During this time, the district also actively worked to provide the student classwork and support so that she successfully finished the school year.  According to the Court, the district’s actions were not clearly unreasonable in light of the known circumstances. Judgment was entered in the district’s favor.