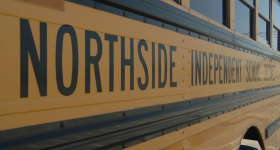 The Court of Appeals for the Fifth Circuit recently considered a suit filed by a terminated public elementary school principal and assistant principal against Northside Independent School District and its superintendent.  The suit, Powers v. Northside Indep. Sch. Dist., No. 18-50983 (5th Cir. Feb. 26, 2020), alleged federal and state constitutional free-speech claims and claims under the Texas Whistleblower Act.  The claims were related to allegations the principals made over accommodations to disabled students. The trial court dismissed the free speech claims against the superintendent and the district.  The whistleblower claim against the district went to trial and the jury found in favor of the district.  The plaintiffs appealed.

The Fifth Circuit Court of Appeals affirmed the trial court judgment.  According to the appeals court, the superintendent was entitled to qualified immunity with respect to the free speech retaliation claim.  Qualified immunity shields public officials from liability if their conduct was objectively reasonable under clearly established law.  First, the superintendent was not the final decision-maker for the district related to the principals’ terminations.  In addition, the law was not clearly established that liability could attach to a superintendent who did not have final authority over the employment decisions at issue.  The appeals court upheld the judgment in favor of the superintendent.

The court of appeals also determined that the principals’ speech was not protected by the First Amendment because the reports they made over accommodations for disabled students fell within their official duties.  The First Amendment protects public employees from retaliation for speaking out as citizens on matters of public concern.  In this case, because the employees’ speech was made pursuant to their official duties as school administrators, they were not speaking out as private citizens and their speech was not protected.

The plaintiffs also argued that the trial court erred in instructing the jury related to the weight of findings made by an independent hearing examiner (IHE).  Plaintiffs had appealed their terminations at the district level and an IHE presided over those proceedings.  Following the hearings, the IHE issued findings of fact and conclusions of law concluding that good cause existed to terminate the plaintiffs.  The court instructed the jury that they were bound by those findings.

According to the appeals court, the administrative proceedings provided the parties with an adequate opportunity to litigate, in that the parties, through their attorneys, presented witnesses, offered exhibits, and cross-examined opposing witnesses over four days of testimony.  Because the IHE was acting in a judicial capacity, the district court did not err by instructing the jury that the IHE’s findings were preclusive.  Finding no errors in the trial court rulings or in the jury’s verdict, the court of appeals affirmed the judgment in favor of Northside ISD.