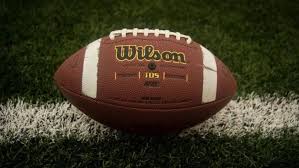 A high-school student suffered a concussion during football practice. The student brought a constitutional claim against the school district and several of its officials for failing to protect him from bodily harm. The district court dismissed the suit, finding no substantive due process claim and the Fifth Circuit affirmed in favor of the school district defendants.

The suit alleged that at practice one day, the coaching staff instructed the student and his teammates to perform a drill in which half the players tried to prevent the others from crossing the line of scrimmage. The student was matched against an older and substantially larger student. The two players repeatedly collided as the coaching staff instructed them to run the drill again and again “and to hit harder, harder, harder.” After practice, the student began to experience a severe headache. He contacted his mother, who told him to go to the school nurse. The nurse sent him to the football trainer, who instructed him to sit out afternoon practice. The student followed that instruction, but his headache persisted. The next day, the trainer directed him to seek medical treatment.

A day later, the student went to a sports medicine clinic, where he was diagnosed with a concussion and cervical sprain. The doctor advised him that he had likely suffered an initial injury at an earlier practice and had been playing football with a concussion for a few weeks. After his diagnosis, the student continued to experience concussion-related symptoms. As a result, he filed this suit against the Santa Fe Independent School District and various members of its athletics staff. The suit alleged that the defendants violated his Fourteenth Amendment right to bodily integrity by subjecting him to dangerous football drills.

The Fifth Circuit has repeatedly declined to recognize the state-created danger doctrine, as alleged in this suit. To prove a state-created danger, the student would have to show that the defendants used their authority to place him in immediate danger and did so with “deliberate indifference” to his plight.

The appeals court recognized that football is “dangerous.” But football does not present such an immediate or specific danger to the players that schools and coaches can be held liable for any injuries that result. Indeed, courts have frequently rejected civil-rights claims based on football injuries—some of which involved more glaring and unreasonable dangers than those alleged in this case.  Even if the student could show that football is a qualifying danger, his claim still failed because the defendants did not act with deliberate indifference by allowing him to participate.  The court observed that, while there is a growing debate over the safety of football, it did not see “a role for the Constitution in the weighing of risks and benefits that participants in America’s most popular sport must make.”