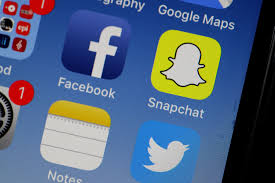 The U.S. Supreme Court has agreed to take up the case of the Pennsylvania high school student alleging that her suspension from the cheerleading squad based on her social media post, made on a Saturday, violated the First Amendment. The United States District Court entered judgment in favor of the student and the school district appealed.

The appellate court held that the student’s post was made “off campus,” for purposes of determining the district’s entitlement to regulate that speech.  According to the appeals court, even though the student’s punishment was limited to extracurricular activities, it was insufficient to justify such punishment under the First Amendment.

The court of appeals also determined that Tinker, which generally permits school officials to regulate student speech that may substantially disrupt the learning environment without violating the First Amendment, did not apply to the student’s off-campus speech in this case.

The judgment in favor of the student was affirmed and the school district sought review by the U.S. Supreme Court.  The Supreme Court has agreed to hear the case, but a decision is not expected until next summer.  The decision is expected to inform the standards for student speech when a student is not on campus or at a school-sponsored activity.  This is a case to watch.  Ed311 will continue to follow it and provide updates as the case progresses.